Russia’s restrictions were moderate still in March but have been now tightened considerably with the rise in COVID-19 cases. President Vladimir Putin declared that April will be a paid holiday for most workers as much of the country’s economic activity will be locked down. The restrictions do not apply to all sectors, however, and vary from region to region depending on the spread of the epidemic. The containment measures are expected to hurt especially service industries and small and medium-sized enterprises (SMEs).

Russian GDP is expected to decline significantly in April due to the containment measures. Current estimates find that a shock from one month of restrictions reduces Russian GDP by 1–3 % this year. If the restrictions are extended, the loss of GDP could be considerably higher. A recent BOFIT Policy Brief illustrates that trade and certain other service branches will have largest contributions to GDP decline.

At the beginning of this week, Russia reported that it had roughly 7 500 confirmed cases of coronavirus and nearly 60 COVID-19-related deaths. Variations across regions were huge. 75 % of all reported infections were in Moscow city and region, while just over 30 cases were reported in regions along the Chinese border. Virus testing varies considerably across regions. President Putin has ordered regional governments to determine the scope of restrictive measures required for their regions. The goal is to limit the spread of the virus without impairing economic activity more than necessary. The shift of decision-making powers to the regions implies that the regional authorities also largely bear the responsibility for managing the crisis.

The presidential decree calls for paid leave throughout April. This could support the household income development over the short term. According to survey information, however, many companies have already dismissed employees or cut pay. Moreover, the average Russian household real income never recovered from the slump caused by the 2014–2015 economic crisis. Most households have little savings and their indebtedness has risen in recent years. Current government support measures for household include some increases e.g. in unemployment benefits and child allowances.

The Russian government has yet to announce any significant measures to support the business sector directly. Most support measures for business have targeted specific branches and consist mainly of postponement of tax payments, deferred payment of loan principal or easier access to credit. The government has, however, identified nearly 650 large enterprises as critical to the functioning of the economy that will get more sizable support if needed. 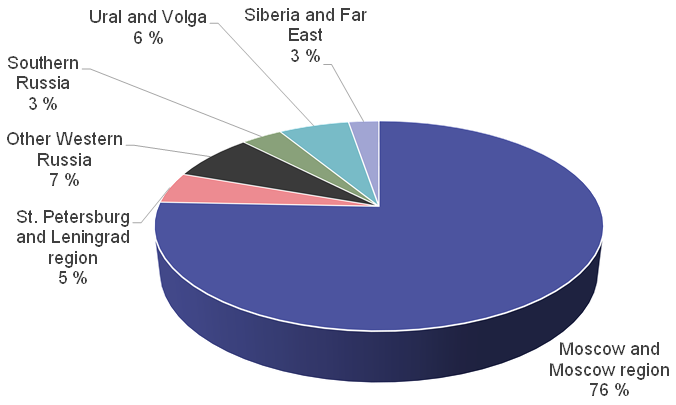