On March 28, Russia’s largest oil company, Rosneft, announced that it had sold off all its operations in Venezuela to another Russian company, Roszarubezhneft, a state-owned entity created to shield Rosneft from additional US sanctions.

In February, the US imposed sanctions on Rosneft’s two Swiss subsidiaries because of their involvement in Venezuela. The US claims that the companies were assisting the efforts of the Maduro regime at evading US sanctions. The concern was that current and future sanctions on the Swiss subsidiaries might affect the activities of the parent company. Rosneft has been subject to EU and US sanctions since 2014 for Russia’s efforts at undermining Ukraine’s sovereignty (see e.g. BOFIT Policy Brief 2/2019).

Rosneft accounts for about 40 % of Russia’s oil production. Along with divesting the Venezuela operations, some additional measures further affect Rosneft’s ownership structure. As payment for the divested firms, Rosneft is to receive 9.6 % of its own shares. While technically it appears the Russian state will cease to be the majority owner of Rosneft, the actual fate of this stake remains unclear. Rosneft’s next largest shareholders are the energy giant BP with a 19.75 % stake and the Qatar Investment Authority with an 18.93 % stake. 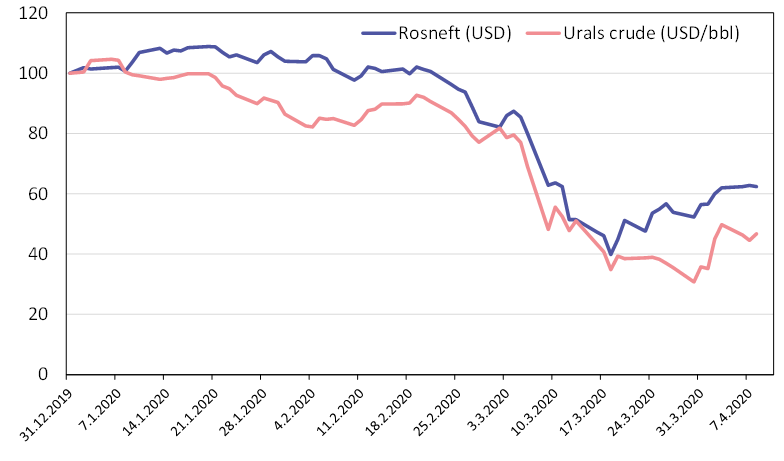