The restrictions imposed to support the ruble and Russia’s financial markets have made it difficult for firms to conduct normal financial transactions internationally. The CBR reports that $6.8 billion foreign debt of Russian corporates and about $1.4 billion in foreign debt of Russian commercial banks comes due in March. In April, about $4.4 billion in corporate and bank foreign debt payments come due. According to press reports, large firms such as Gazprom, Rosneft and Norilsk Nickel have generally made their foreign debt interest payments in a timely manner.

In contrast, there is uncertainty on Russian government’s willingness and capacity to handle its foreign debt payments in timely fashion. This month, for example, the finance ministry paid the interest on its ruble-based loan bonds (OFZs), but all payments to foreign investors were then frozen in their ruble accounts in Russia. Unless the foreign investors are allowed to access their interest income, the situation may effectively be characterised as a payment default.

The interest payments on two government foreign-currency bonds came due on Wednesday (Mar. 15), and it was unclear whether investors would receive their money. It now seems the payments were wired on time.  If Russia had failed to make timely payment, the parties would have a 30-day grace period to resolve how the payments will be made. Capital controls, sanctions and the looming economic crisis have already resulted in downgrades in the international credit ratings of Russian firms and commercial banks. A government debt default would have caused further downgrades. A total of just over $500 million in government foreign debt payments come due this month. 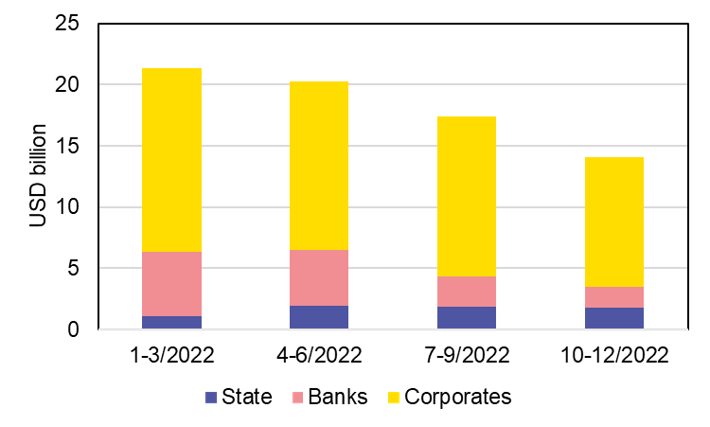