The plan initially extended to several sectors, but at the moment the carbon trading scheme covers only energy companies. Despite the limitation, China’s now has the world’s largest emissions trading scheme. China generates more than 30 % of global CO2 emissions, of which about half come from the energy sector.

In China’s carbon trade scheme, officials give annual emission permits for companies participating in the scheme according to i.e. their production type and historical production level. Companies that exceed their defined emissions quota are penalised, while those that stay withing their quota can sell their available carbon credits to others. The sanction costs of exceeding the carbon ceiling, the market price of the carbon credits and expectations of tightening the carbon trade parameters create incentive for companies to improve their carbon efficiency.

Nearly 40 countries have adopted emissions trading schemes. China decided to go ahead with its scheme in 2010, beginning with the introduction of various pilot programmes at power plants and industrial sites in select large cities. Despite intentions to launch the national scheme six years ago, the rollout of the scheme has been postponed several times. Some observers claim that the delays had to do with the reliability of emissions data and political infighting.

The emissions trading scheme is a welcome new tool for Chinese environmental policy. Experts say that the scheme conditions need to be significantly tighter to be of any benefit in reaching climate goals. China’s current announced goal is to begin reducing carbon emissions after 2030, and has no expectation of achieving carbon neutrality before 2060. Climate Action Tracker considers China’s climate measures “highly insufficient” with respect to Paris climate agreement target. 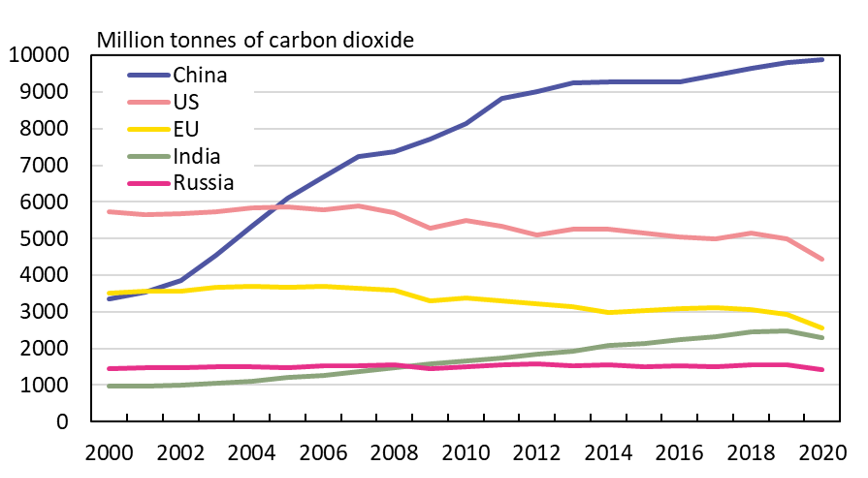