The People’s Bank of China reports that on-year growth in aggregate financing to the real economy (AFRE, consisting of bank loans, debt securities, shadow banking and other forms of financing) slowed in June to below 11 %. AFRE growth, driven by the government’s pandemic stimulus response, reached nearly 14 % last year. In the financial item category, growth in bank lending (64 % of AFRE) has slowed only slightly, while the on-year growth in the stock of corporate debt securities (10 % of AFRE) has fell from over 20 % last summer to under 7 %. Growth in the stock of government-sector bond issues (16 % of AFRE) also slowed substantially. 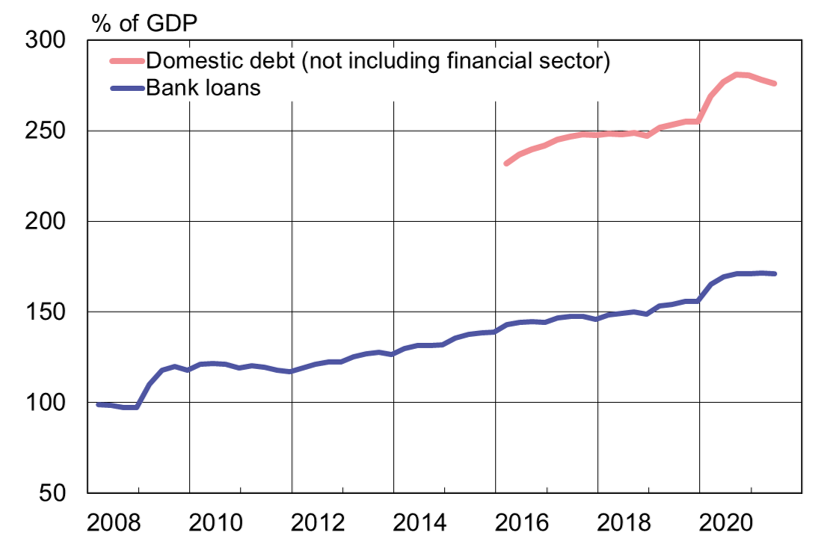