The fourth session of 13th National People’s Congress (NPC), which ran from March 5 to 11, brought together nearly 3,000 parliamentary members. The NPC is China’s highest decision-making body, but its sole function in practice is to rubber-stamp proposals brought before it such as government initiatives, policy targets, budgets, as well as approve five-year plans and persons selected for top leadership posts.

The NPC embraced a real GDP growth target for this year of “above 6 %.” Given that the 2020 basis for comparison is so low, the target is modest. Most international forecasters expect the Chinese GDP growth to substantially exceed the announced growth target. Thus, the emphasis of economic policies this year can be on making progress in structural reforms rather than accelerating economic growth. Other targets for this year include keeping the yuan’s exchange rate and the overall debt-to-GDP ratio stable, as well as cutting energy used per unit of GDP by 3 %. Consumer prices are expected to rise at about 3 %.

The emphasis of economic policy included the usual themes of maintaining stability, improving quality of life and continuing with the opening up of China’s economy to the world. The push for excellence in high technology fields continues with increased government funding for research & development and incentives for corporate innovation through allowing firms to deduct a larger share of R&D expenditures from their taxes. An increased amount of investment will be directed at development of China’s digital infrastructure such as building out the national 5G network. The “negative” list banning or restricting access of foreign firms to certain branches will be shortened. Branches mentioned include those involved with high technology, environmental protection and improving energy efficiency.

Efforts to help small businesses also will continue. For example, the covid crisis support granted to small firms last year through tax breaks and forbearance on loan servicing was extended. The income tax burden on small firms was also cut. Once again China’s large state banks were urged to increase their lending to small businesses.

The NPC approved also sweeping reforms of Hong Kong’s electoral system that significantly increase Beijing’s ability to influence election outcomes. For example, candidates must first be vetted to ensure only “patriots” are allowed on the ballot. 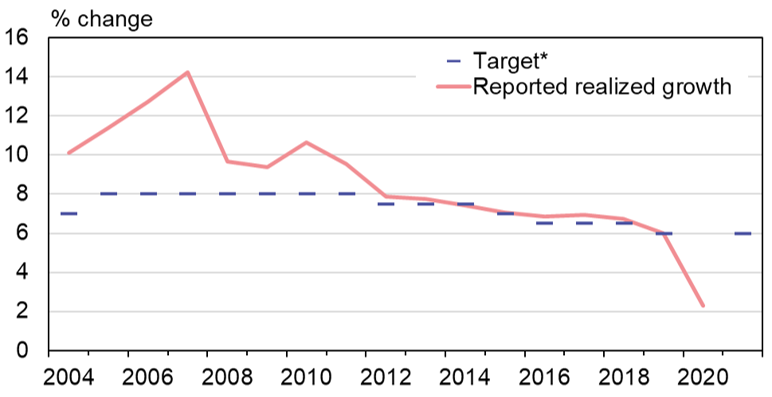