At the beginning of February, China’s foreign affairs ministry issued a tepid statement noting the military coup in Myanmar and hoped that the parties reach common understanding within the framework of Myanmar’s constitution to maintain stability, and further that the international community should contribute to that stability. China and Russia also blocked approval of a statement from in the UN Security Council condemning the coup. Myanmar’s situation deteriorated after the party supporting the military lost big in the November parliamentary election. In contrast, the party of Nobel peace-prize winner Aung San Suu Kyi, the National League for Democracy (NLD), garnered 82 % of the vote. The NLD’s platform included a gradual phasing out the military’s role in civilian governance in Myanmar.

Myanmar, which lies on China’s southern border, is one of the poorest countries in Asia. International economic interest rose significantly when the government’s administration changed in a democratic direction a decade ago. China is Myanmar’s biggest trading partner, accounting for about a third of goods trade and about a third of Myanmar’s foreign debt. As part of the Belt and Road Initiative, China is constructing an economic corridor from the Yunnan province through Myanmar to the country’s southwest shores on Indian Ocean. Oil and gas pipelines already run from Myanmar to China. Other infrastructure plans include construction of the Yunnan-Burma railway from Kunming in Yunnan province in China to Myanmar’s Kyaukpyu deep-water seaport on Maday Island in the Bay of Bengal. Myanmar’s other major foreign investor, Japan, has long had economic cooperation with Myanmar. India this year will open the Sittwe deep-water seaport, which is also located in western Myanmar on the Bay of Bengal.

Construction of an economic corridor between China and Myanmar has been slowed e.g. by the long-running conflict in northern Myanmar between the Burmese military and ethnic rebel groups. From time to time, Burmese refugees have sought to escape the fighting to China. China has publicly tried to play the role of neutral peacemaker, but it has also been accused of supporting certain rebel groups. Myanmar’s military, who recently staged a coup to reassume power, have in recent years been wary of Chinese initiatives to increase cooperation between the two countries. 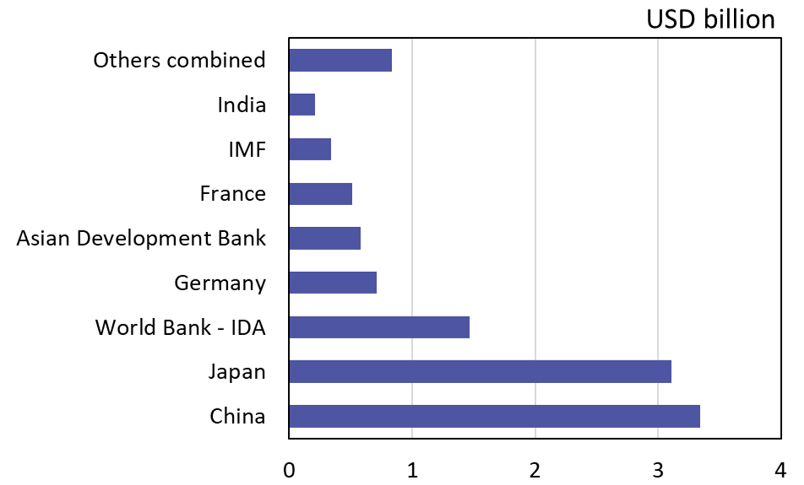