The International Monetary Fund (IMF) last week released its annual country report for China (IMF Article IV Consultation Report). The report finds that the Chinese economy recovered rapidly as the coronavirus was subdued through effective containment measures after the initial outbreak. The economic recovery has nevertheless been uneven; driven by large-scale government support while domestic consumer demand has recovered slowly. Prior to the covid-19 crisis, the economy had moved toward more balanced growth by shifting away from a heavy emphasis on industrial production and fixed asset investment towards services and consumption based economy. That development now appears to have backtracked. Moreover, China’s public investment stock in relation to GDP is very high compared to other countries even as returns on investment are diminishing.

Last year’s growth was largely supported through public spending. The IMF estimates that the augmented public deficit increased by nearly 6 percentage points last year to over 18 % of GDP, while augmented public debt rose to 92 % of GDP. The IMF further expects China to transition slowly away from its current public support policies. Thus, deficits will remain large and public debt will exceed 100 % of GDP next year. IMF’s augmented deficit and debt include estimates of local government off-budget liabilities and operations of various public funds. Thus, it offers a broader and internationally more comparable picture of China’s public finances than provided by China’s official figures.

Progress in economic reforms has also been uneven. The reforms of recent years have centred on financial markets, but there has also been progress in relaxing the hukou household registration system by easing transfer of domicile to small and mid-sized cities. Nevertheless, the access of migrant workers to public services remains a large issue. Overall, the IMF team recommends that the fiscal policy emphasis shift from supporting macroeconomic growth to supporting improvements in social safety nets. There has been virtually no progress in critical reforms such as reform of state-owned enterprises or dealing with the preferable treatment given to state-owned enterprises.

The country report also assesses the costs of US-China technology decoupling, which is not only economically damaging to China and the United States, but also other countries. The calculations suggest that decoupling is especially harmful to third parties if they must choose whether to do business with China or the United States.

The report finds that the covid-19 crisis has heightened risks on the financial system, noting corporate debt has increased significantly. A large increase in non-performing bank loans is expected this year. In particular, the situation of smaller banks that were struggling before the pandemic has only become worse. Moreover, some local governments are now heavily indebted, which is putting pressure on local banks and enterprises. Housing prices have soared during the past decade and a large correction could destabilise the entire financial sector. According to the IMF, measures to contain financial stability are needed urgently. The IMF’s suggestions include establishing a national bank resolution regime and strengthening the supervisory framework. Bailouts of troubled banks with public assets should be a last resort. 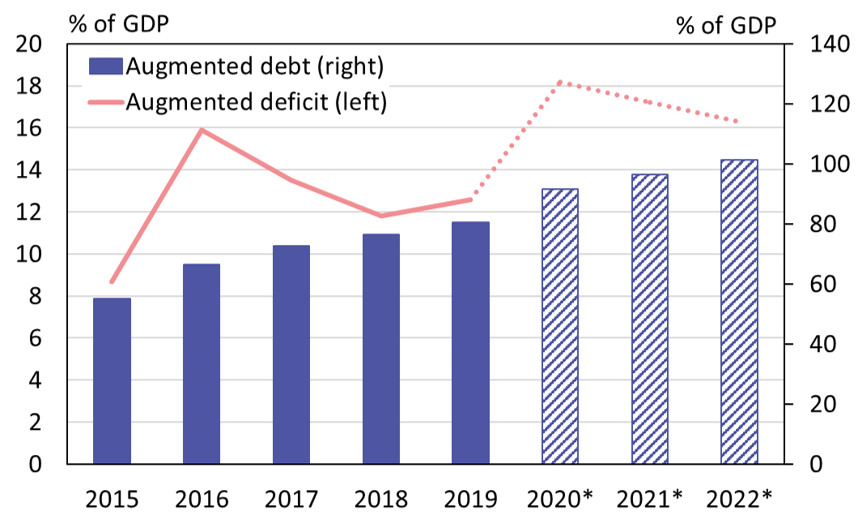