Revised figures show that Russian GDP shrank in the third quarter by 3.4 % y-o-y. For the first three quarters of 2020, Russian GDP diminished by 3.4 % y-o-y. In the third quarter, seasonally adjusted GDP increased by 0.7 % from the previous quarter. Russia appears, at least for 2020, to have weathered the effects the covid-19 pandemic with considerably less economic harm than most European countries.

Demand-side data from the national accounts suggest Russia experienced wide uneven swings in demand last year. In the third quarter of 2020, for example, private consumption sprang back from a second-quarter low, but was still down by 8.4 % y-o-y. Public consumption, which rose by 1.8 % y-o-y in 3Q20, helped support overall demand in Russia.

Russia’s GDP figures also have been bolstered by growth in net exports, albeit much of this reflects depressed imports. Indeed, the volume of imports in the second and third quarters plunged by over 20 % y-o-y. While the volume of exports was also down, it was clearly not as severe as the drop in imports. 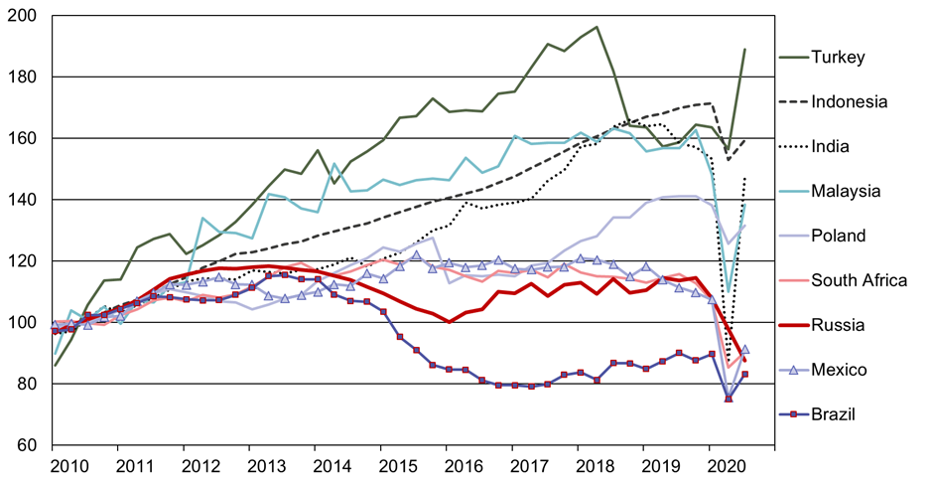