The yuan’s exchange rate has strengthened by 8 % against the dollar since the start of June and 5 % against the euro since early August. On Thursday (Nov. 26), one dollar bought 6.58 yuan and one euro 7.83 yuan. The yuan was last this strong against the dollar in spring 2019. In contrast, the yuan is still weaker against the euro than it was at the start of this year. The yuan’s real effective (trade-weighted) exchange rate (REER) has also gained in recent months. The yuan’s appreciation reflects the good performance of the Chinese economy relative to the rest of the world as China seems to have emerged from the covid-19 crisis. China has posted an exceptionally large current account surplus, and the recovery together with the widened interest rate differential between China and the rest of the world has attracted capital inflows.

For the moment at least, the People’s Bank of China has showed no urgency to directly intervene in the currency markets to stem yuan appreciation. China’s currency reserves have remained relatively stable this year when valuation changes are taken into account. The PBoC has used other measures, however. For example, its reduction of the FX forward reserve requirement to zero on October 12 was seen as a measure to slow yuan appreciation slightly (BOFIT Weekly 42/2020).

At the end of October, China adjusted the mechanism for setting the exchange rate by abandoning the “countercyclical factor” introduced in 2017. Commercial banks have used the factor when they determine the value of yuan which they report to the central bank to be used in setting the official daily yuan opening rate. Use of the factor, which was seen as peculiar from its introduction, was already relaxed in 2018. The mechanism, not known to have been used in any other country, apparently served as a brake on yuan depreciation. 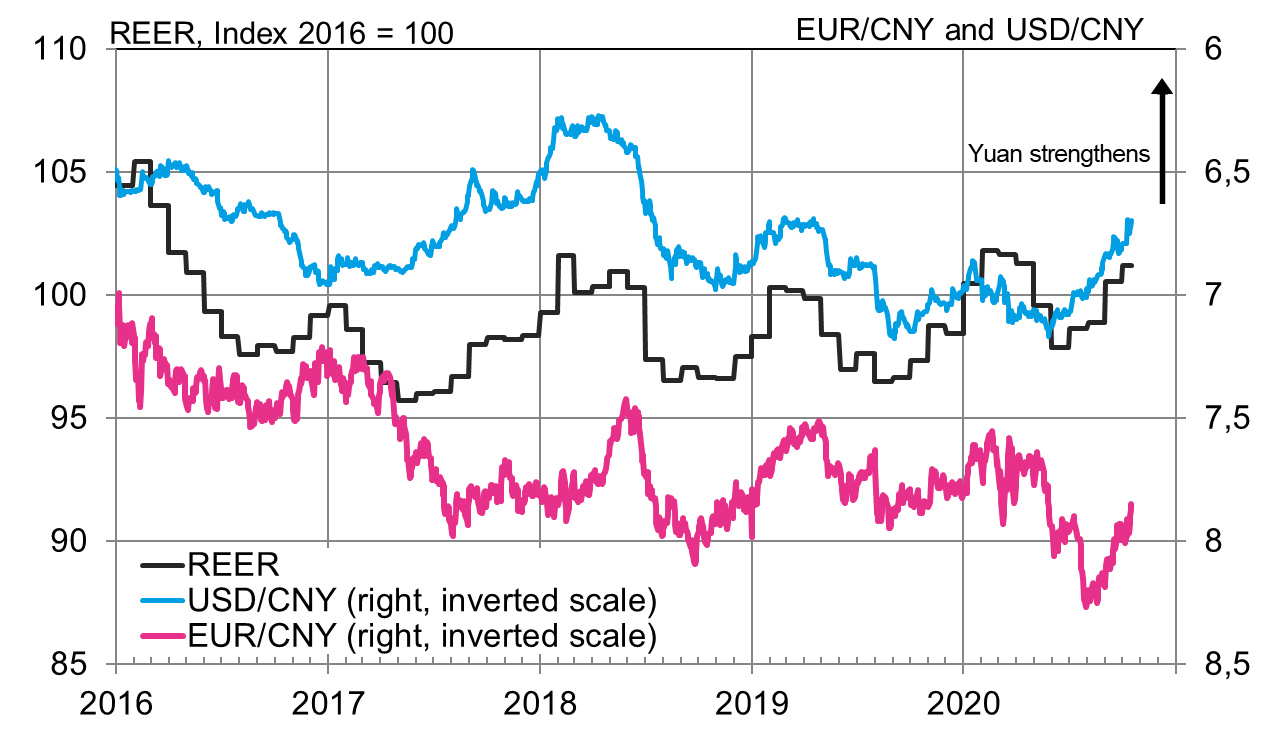