On November 15, China, Japan, South Korea, Australia and New Zealand together with ten ASEAN countries (Brunei, Cambodia, Indonesia, Laos, Malaysia, Myanmar, Philippines, Singapore, Thailand and Vietnam) signed an agreement to create one of the world’s largest free-trade pacts. The signatory countries of the Regional Comprehensive Economic Partnership (RCEP) account for nearly a third of global GDP and population. India participated in the talks until last year, but withdrew at the last minute. RCEP talks stretched over eight years.

While the details of the agreement have yet to be published, RCEP should slightly reduce tariffs among members and simplify trade procedures e.g. with common rules of origin (i.e. how much of a product has to be produced within the region to qualify for duty-free status). The RCEP pact includes goods trade, the service sector and to some degree intellectual property rights (copyrights, patents and trademarks). Because member countries differ extensively from each other not least in the level of economic development, the agreement includes many exemptions and breaks for participating countries. This naturally weakens the overall comprehensiveness of the RCEP.

Only a few days after the signing of the RCEP, president Xi Jinping announced China’s intent to join the Comprehensive and Progressive Agreement for Trans-Pacific Partnership (CPTPP) of 2018. CPTPP was agreed on by eleven countries (Australia, Brunei, Canada, Chile, Japan, Malaysia, Mexico, New Zealand, Peru, Singapore and Vietnam) as they continued negotiations after the US pulled out of the original TPP agreement in 2016. The CPTPP agreement is fairly evolved. Accession would require China to open up its service sector to foreign companies, as well as make steep reductions in tariff levels and concessions in such areas as state-owned enterprises and labour unions. China is currently also in trilateral trade negotiations with Japan and South Korea. Talks of a markedly more comprehensive trade deal than the RCEP began in 2012. 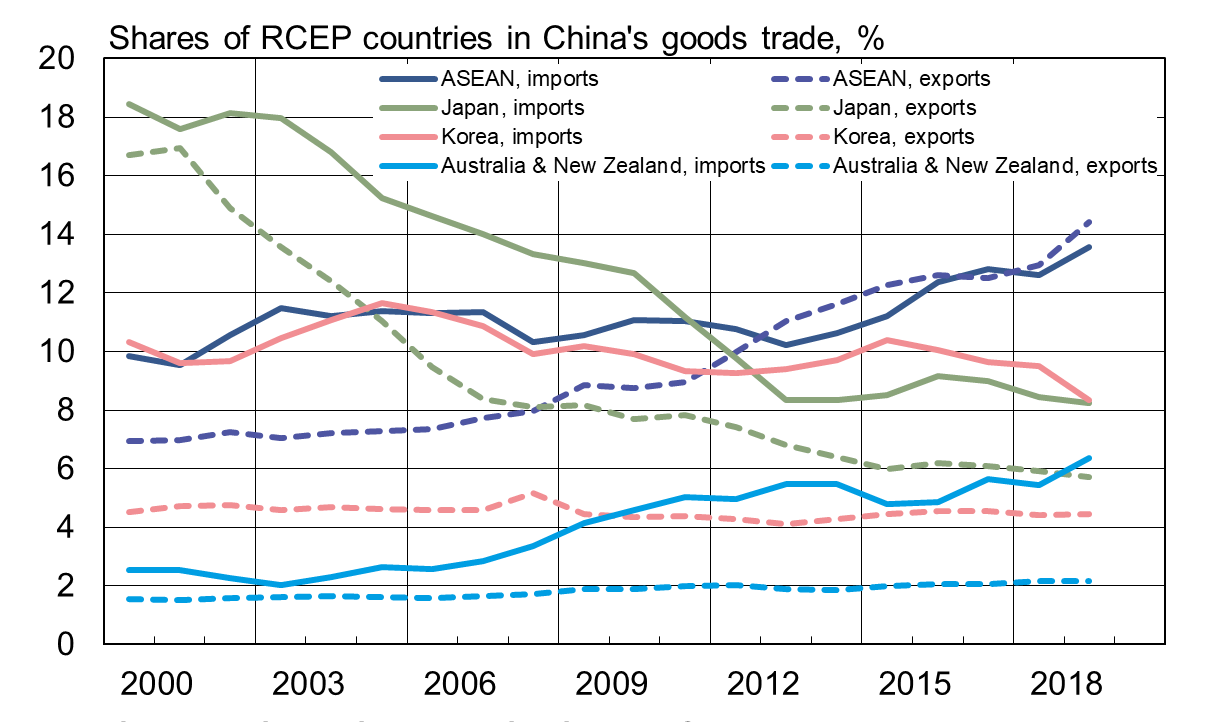