Russian economic growth has slackened since the summer’s brisk recovery, with volatile development across branches. Manufacturing and agriculture weighed on the total output in October, while retail sales perked up. The preliminary estimate from Russia’s economy ministry shows GDP contracting by 4.7 % y-o-y in October and 3.6 % for the first ten months of this year.

After a couple of weaker months, retail sales revived slightly in October. New car sales were up 7 % y-o-y, even if retail sales overall were still down by 2 %. The recovery in retail sales is expected to be short-lived, however. Much like last spring, it likely reflects demand driven by expectations of further ruble depreciation and a worsening covid situation. Recovery of other services chilled in October, due e.g. to tightening of covid restrictions.

October industrial output remained unchanged from previous months, even if the performances of core sectors diverged. The spotty recovery in extractive industry production continued, but it was still down 9 % y-o-y in October. Oil production remained quelled by Russia’s production ceiling agreement with OPEC+ states. The arrangement prohibits further increases in Russian oil production this year. In addition, OPEC+ countries just agreed to moderate the allowed production increases for January 2021 in light of the darker covid outlook. The performance of Russian manufacturing worsened notably in October with production falling by 4 % y-o-y.

Agriculture was also a drag on growth in October with farm production contracting for the first time in two years (down 7 % y-o-y). The decline largely reflected smaller sunflower seed and sugar beet crops compared to last year’s record harvests. Construction output in October remained at about the same level as it has for the past two years. Construction statistics suffer from uncertainty, however, and could be revised later.

Manufacturing and agriculture dragged down Russia’s economic recovery in October 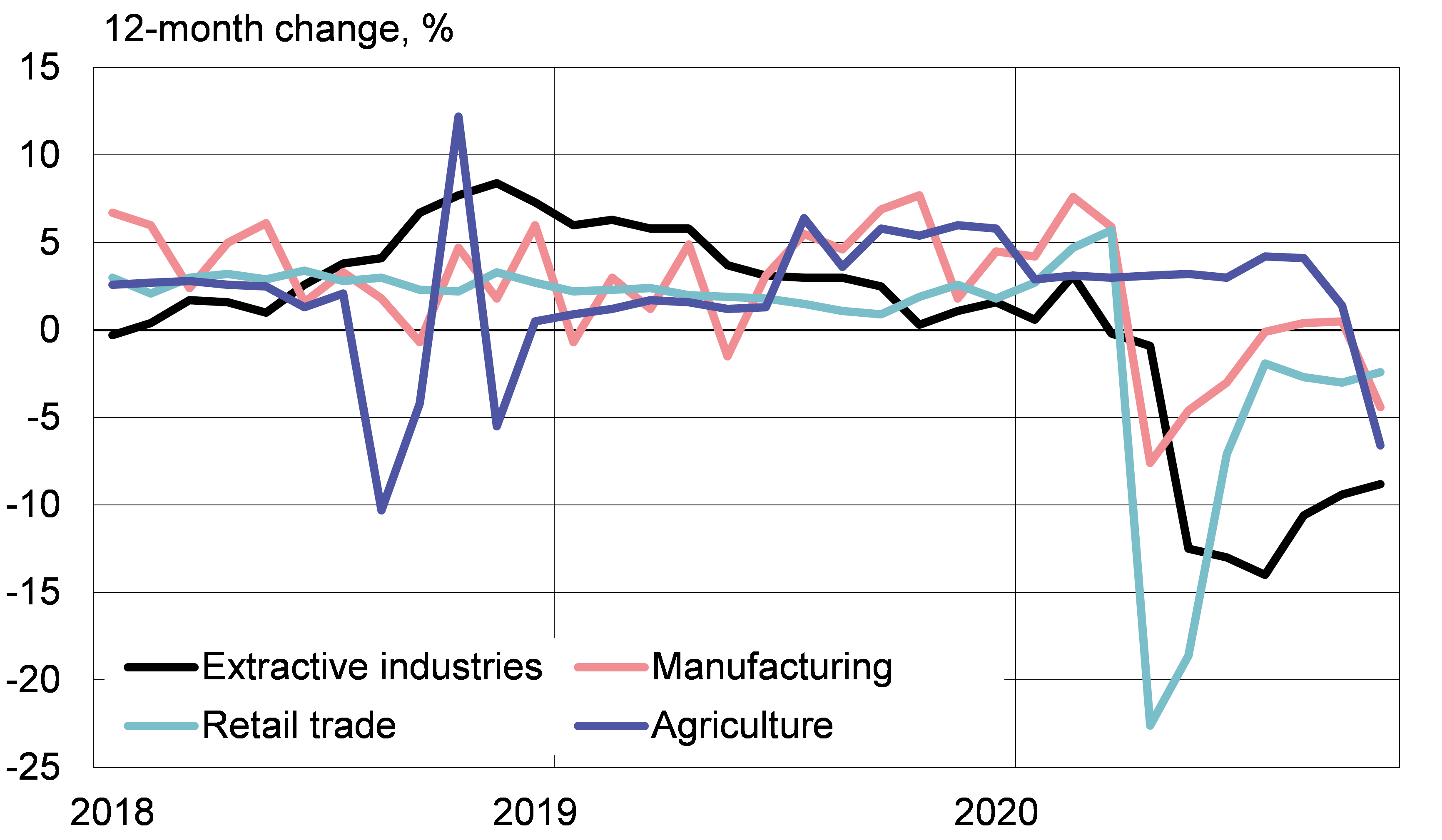