While the rest of the world suffers economic contraction from the covid-19 pandemic, China’s economy is recovering with accelerating speed. The nature of the pandemic and the government’s emphasis on stimulus have caused various parts of the economy to recover at different rates. Since the first quarter’s Covid-19 induced crisis, growth has been led mostly by fixed investment and net exports to a lesser extent. Consumption revived to the point that it supported GDP growth in the third quarter.

After returning to growth in September, real growth in retail sales accelerated in October to close to 5 % y-o-y. November retail sales growth is also expected to remain strong. Online retail giants like Alibaba and JD.com report that sales on Single’s Day were up substantially from last year. The return to normalcy and positive consumer sentiment is also evidenced in the October rise in restaurant sales of nearly 1 % y-o-y. The reading of the official services purchasing manager index (services PMI) in October was a robust 56.2, a modest improvement from September.

Goods exports climbed by over 11 % y-o-y in October. Imports rose in October by nearly 5 % y-o-y for the second month in a row. Imports from the United States grew by 3 % y-o-y in January-October, while exports to the US were up by 2 %.

The inflation rate in China continues to be affected by the disruption in meat production due to the African swine fever virus epidemic. Consumer price inflation slowed in October to its lowest pace in eleven years (0.5 % y-o-y) after pork prices declined for the first time in 20 months on news that the African swine fever virus was under control. The producer price index fell by 2.1 % y-o-y in October. 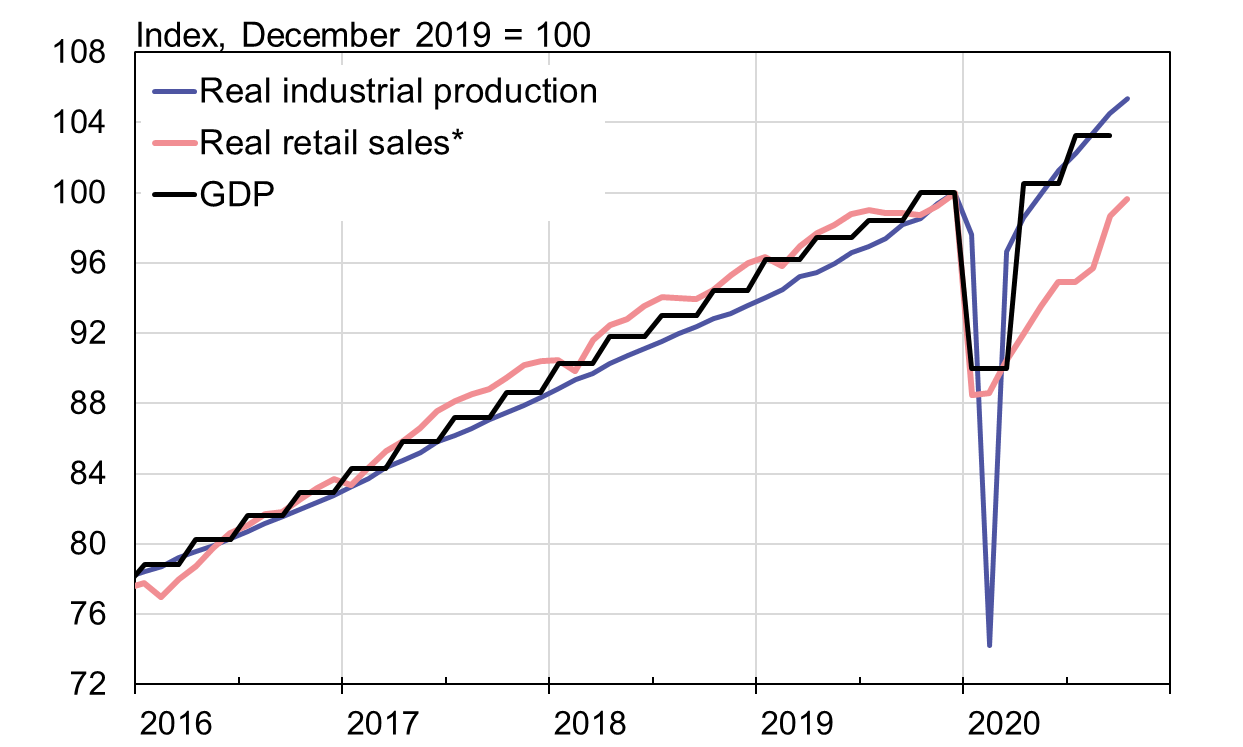