At its meeting on October 23, the CBR decided to keep the key rate unchanged at 4.25 %. The decision was in line with market analyst expectations. In its press release, the CBR noted that inflation was developing in accordance with its inflation forecast. The CBR did not rule out the possibility of a rate cut at upcoming meetings.

Annual inflation picked up to 3.7 % in September. The uptick was driven by weakening of the ruble’s exchange rate in recent months (BOFIT Weekly 37/2020). The ruble-dollar rate momentarily breached the 80-ruble level this week. At the same time, the euro-ruble rate briefly approached the 94-ruble level. The ruble has lost 14 % against the US dollar and 17 % against the euro since the beginning of June. Ruble depreciation has fuelled inflation expectations, which might lead to increases in prices of goods and services in the months ahead. On the other hand, inflation pressures have been weakened since summer due to falling domestic demand (BOFIT Weekly 43/2020). The Russian economy’s activity below its potential output level could also restrain inflation. 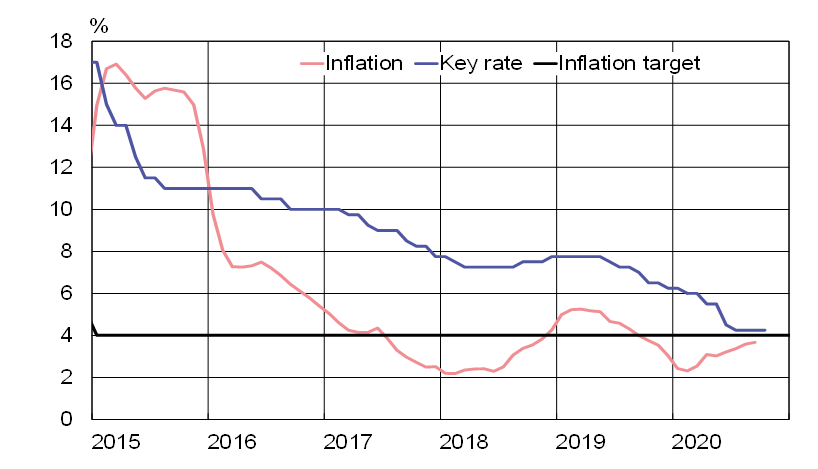