Since the beginning of June, the ruble has lost 8 % of its value against the US dollar and 15 % of its value against the euro. At the same time, the price of a barrel of Urals crude has risen slightly more than 2 %. Market analysts report that exchange rates have been under pressure from general uncertainty about conditions in emerging economies and the impact of the Covid-19 pandemic. In addition, the situation in Belarus in recent weeks and the poisoning of opposition leader Alexei Navalny have increased the likelihood of new sanctions against Russian persons and entities. Moreover, the fate of the just-renewed production cut agreement of OPEC+ countries, which takes about 10 million barrels of daily production off the market, looks uncertain. Previous versions of the voluntary agreement succeeded in compelling major oil-producing nations to restrict output.

The ruble-dollar rate has dropped in recent months 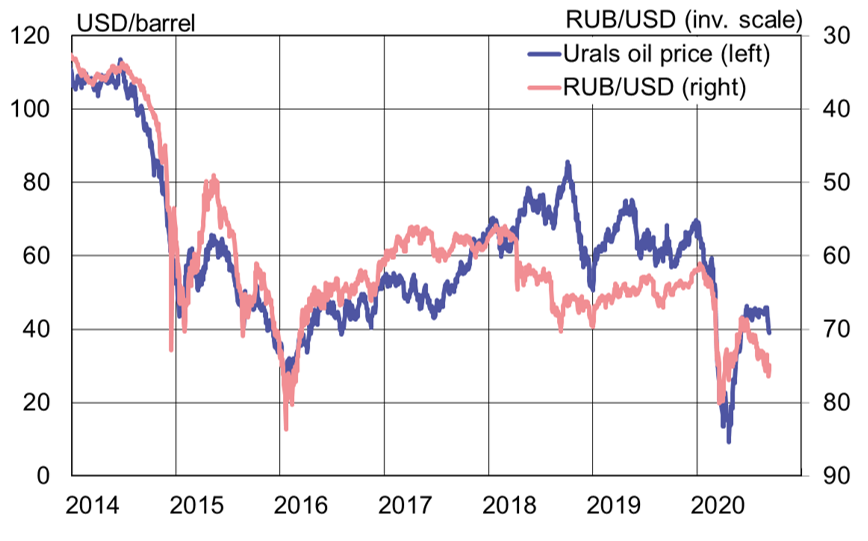