2019 figures just released by the World Intellectual Property Organization (WIPO), a specialised UN agency, show that a total of 265,800 international patent applications were filed under the Patent Cooperation Treaty (PCT). The three largest filing nations were China (22.2 % of all applications), the United States (21.7 %) and Japan (19.8 %). It was the first time the US was unseated from the top spot since the PCT system was established in 1978.

Although China’s Huawei filed about a thousand less patent applications than in 2018, the company continued to dominate as the most eager filer with 4,400 international patent applications. Next came the Japanese Mitsubishi Electric (2,700 filings), the Korean Samsung (2,300) and the American Qualcomm (2,100). Other top-ten filers included China’s smartphone maker OPPO (5th place), display-maker BOE (6th place), and debuting in the top ten at 8th place, Ping An Technology, a company that develops AI solutions among other things. The two European firms making the top ten were Swedish telecom giant Ericsson and the German Bosch. 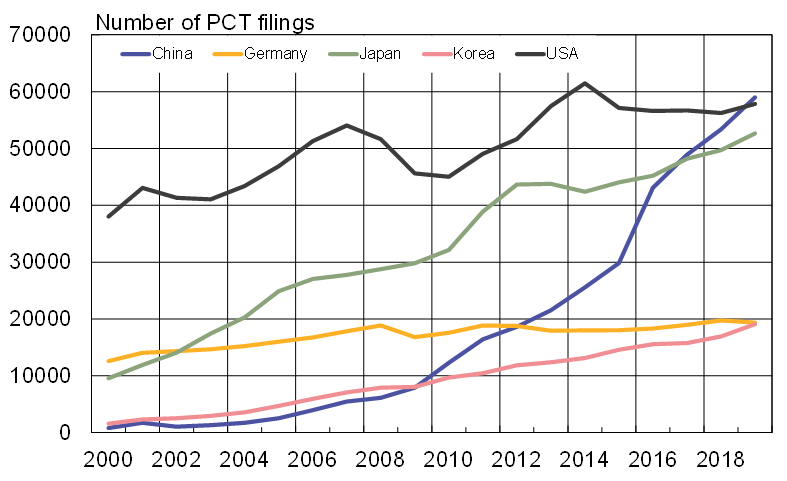