Although the significance and number of members of the Commonwealth of Independent States (CIS) have declined, the eleven former Soviet republics that formed it with Russia remain an important group of trading partners for Russia. These countries have economic significance also as transit countries since they lie between Russia, the European Union, the Middle East and China. In 2018, these countries accounted for about 11 % of Russian goods exports and imports. Exports volumes are reported to have grown by about 10 % from 2017 to 2018, while imports grew much more modestly.

Russia exports significant volumes of fossil fuels to Belarus and Ukraine, whereas many countries in the Caucasus and Central Asia have their own fossil fuel reserves. In addition to fuels, Russia exports machinery, vehicles and metal goods to these neighbour countries. Russian food is also exported to Central Asia. Russia imports machinery from Belarus and Ukraine, ore and metals from Ukraine and Kazakhstan, and foodstuffs from Belarus and the Caucasus. 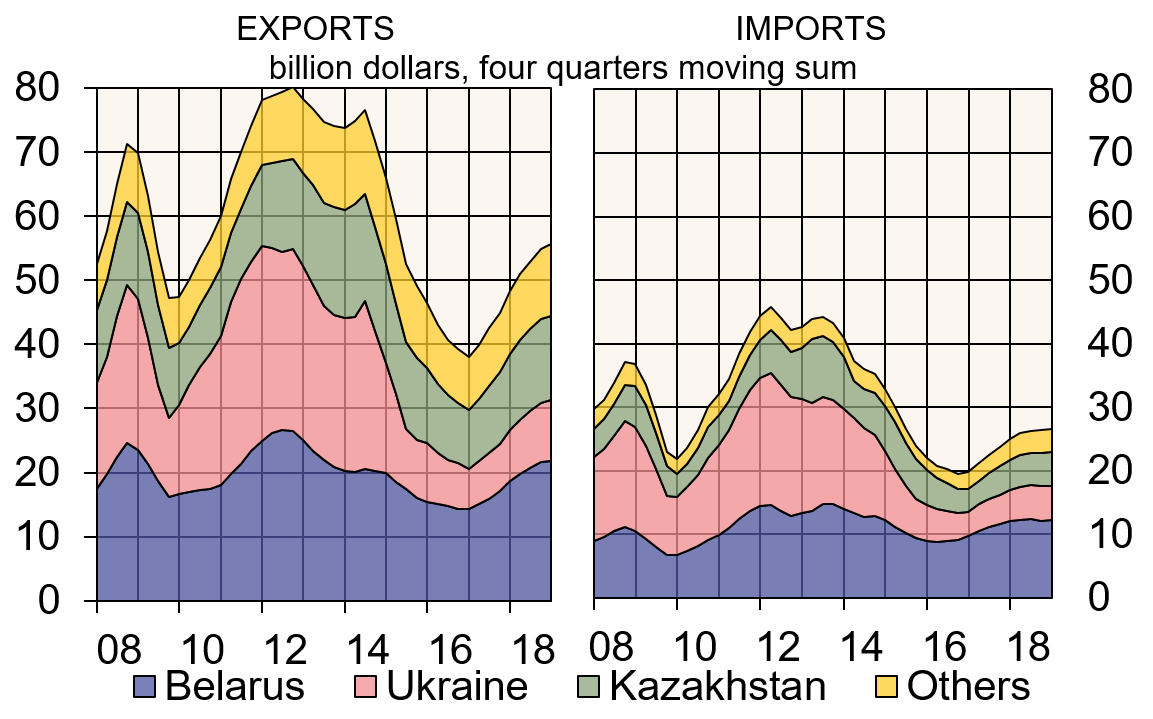