Besides the reduction in the goods trade surplus, the current account surplus has been curtailed by increased purchases of foreign services. Tourism, in particular, has caused large outflows of money from China. Chinese tourists abroad last year spent 240 billion dollars more than foreign tourists spent on visits to China. 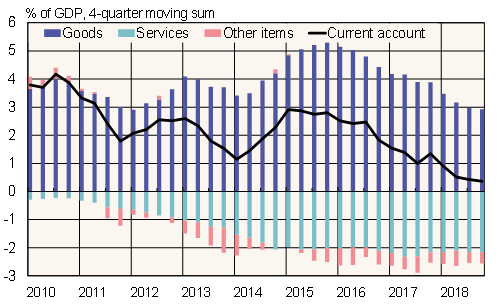