Russia extracted 556 million metric tons of crude oil and associated gas in 2018. Average daily crude production exceeded 11 million barrels a day last year. This is 2 % more than in the previous year. Thanks to a reinterpretation of the agreement on voluntary production restrictions among a group of oil-producing countries in June, Russia’s daily output increased by 4 % during the second half of 2018. However, new restrictions will likely reduce production in coming months. Also natural gas production grew last year. Production reached 725 billion cubic metres. This is 5 % more than in the previous year. 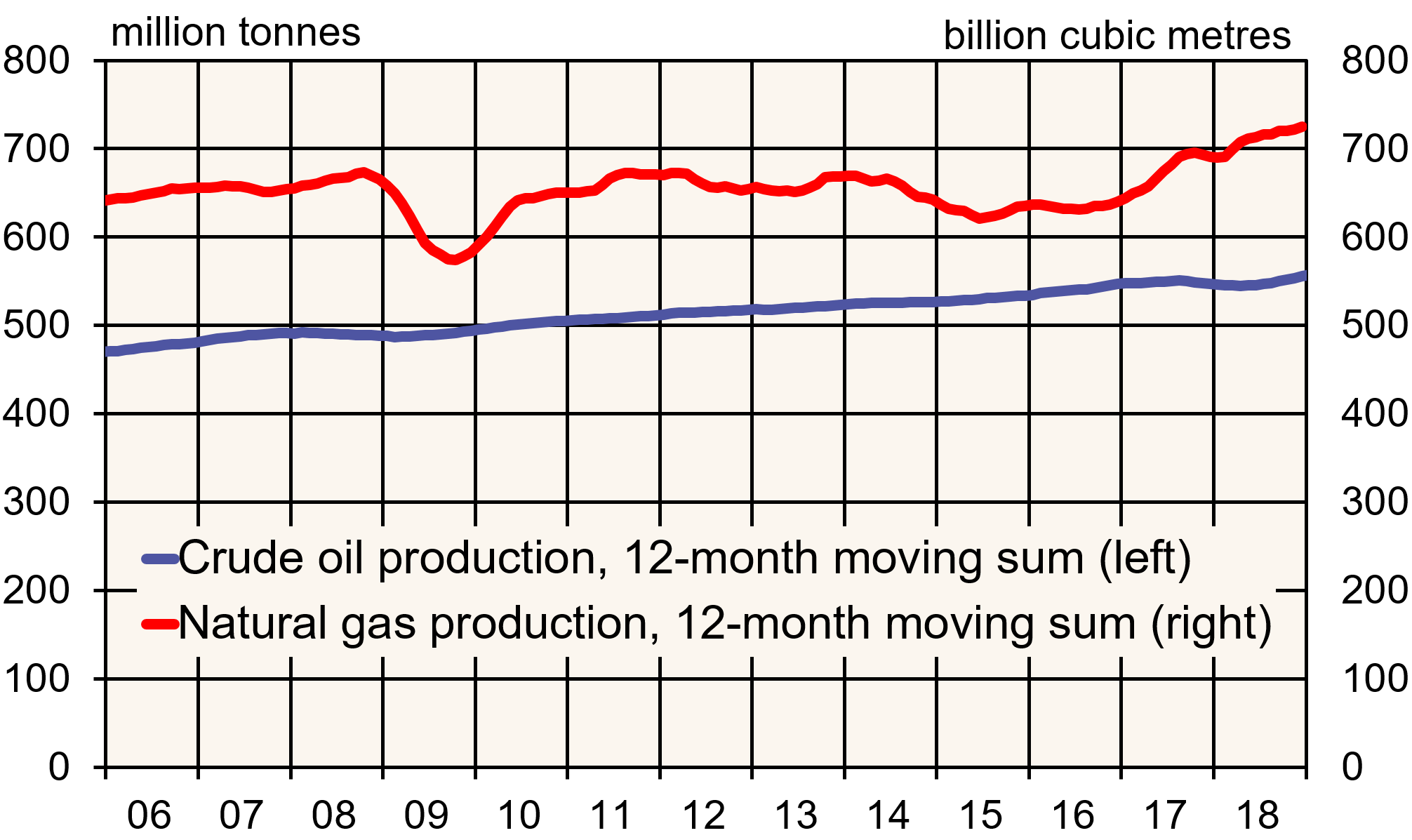 Natural gas has traditionally been transmitted via large pipeline grids, but liquefaction makes cargo shipments possible, too. The recent phased start-up for the liquefied natural gas (LNG) facility on the Yamal peninsula has facilitated gas exports. At the end of last year, about 10 % of Russia’s natural gas exports were already being shipped in liquid form. In addition to new gas export pipelines to China and Germany under construction, new LNG facilities are planned.