The People’s Bank of China reports that the stock of yuan bank loans increased to 3.23 trillion yuan (480 billion dollars) in January, an increase of 13.4 % y-o-y. January bank lending activity is typically brisker than in the final months of the year. The PBoC this year has been actively encouraging commercial banks to increase their lending.

The stock of lending to households increased by 990 billion yuan in January. About a third of that was short-term lending. Lending to non-financial companies and state organisations increased by 2.58 trillion yuan. Nearly half was in the form of short-term loans (e.g. bill financing), suggesting that demand for financing of real investment is relatively weak.

The PBoC reports that the average 12-month interest rate on bank loans was 5.9 % at the end of September. At the end of January, the stock of yuan-denominated bank loans was 139.53 trillion yuan (155 % of GDP). Thus, if the average interest rate is applied to the entire credit stock, the interest costs alone would be about 690 billion yuan (100 billion dollars) a month. A big part of new corporate sector borrowing likely goes to paying down debt and interest.

The stock of yuan bank deposits increased by 7.6 % y-o-y. Growth has slowed over the past two years, and new deposits were down on-year in January. At the end of January, the stock of yuan deposits was 180.79 trillion yuan (201 % of GDP). 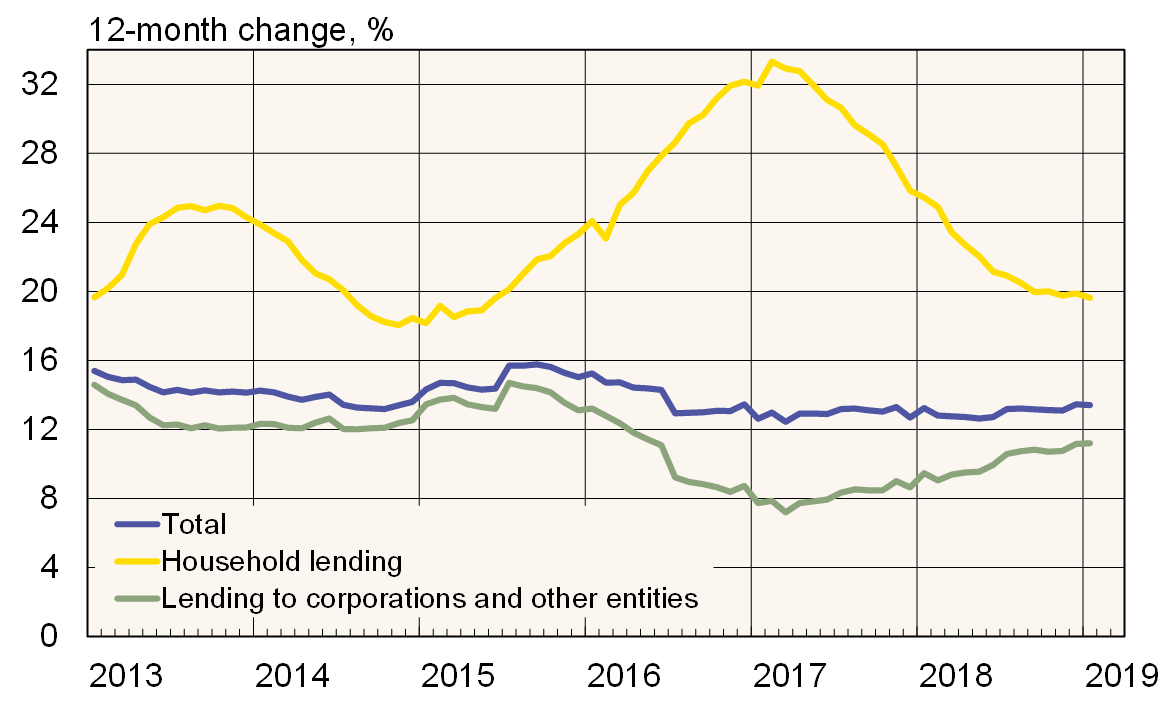