The long-term declining trend in real growth in fixed asset investment (FAI) in urban areas continued with July growth barely surpassing 2 %. As private investment has long languished, the reduction in public investment was the biggest driver in last month's slowdown. The level of private investment in July remained at the same level as in July 2016. While the concept of urban FAI does not correspond the standard notion of fixed investment in China's national accounts, decline in FAI has been a good predictor of slow-down in fixed investment growth in this decade. 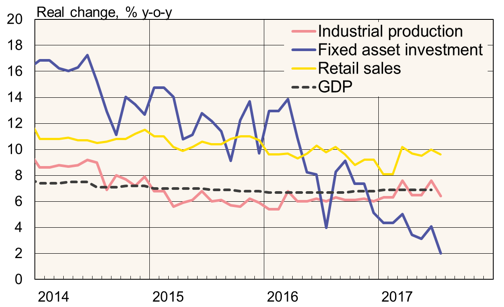