The value of goods imports grew by double digits in the second quarter in most product categories. Imports of metal goods grew – both in terms of volume and value – by roughly 50 % y-o-y. The value of imports of machinery, equipment & transport vehicles increased by over a third.

Growth in value of select categories of Russian imports, 1H17 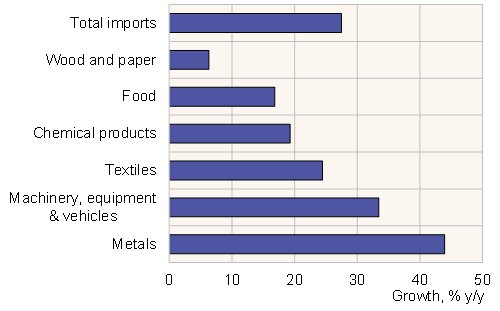