The latest foreign trade figures released by China Customs show that the value of goods exports in January-March grew by 16 % y-o-y, while the value of imports rose by 11 %. In February and March, growth in foreign trade slowed. March imports grew by just 1 % y-o-y. The logistical problems caused by covid lockdowns worsened in April and May. According the PBoC’s latest balance-of-payments figures, goods and services trade growth was roughly in line with the customs statistics. In January-March, the value of goods and services exports rose by 18 % y-o-y and the value of imports by 16 %. The relative size of the current account surplus remained unchanged at 1.8 % of GDP. 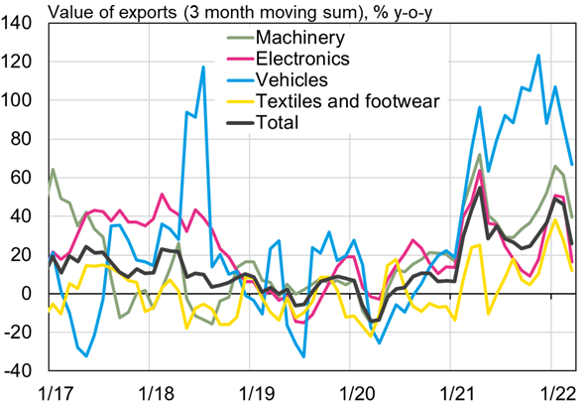