National Bureau of Statistics census figures put mainland China’s population in 2020 at about 1.41 billion. China conducts its census every 10 years. The latest census was conducted in November 2020. The population had grown by 72 million from the 2010 census, the slowest increase in population in the nearly 70-year history of the modern Chinese census.

The census highlights, originally to be released in April, were postponed to May. The delay ignited media speculation that the census might show that China’s population has already gone into decline. According to the census, however, population growth continued and there were 12 million more people than reported in 2019. Curiously, the census figures show that there were 14 million more 0–14-year-olds than the annually released birth figures for 2006–2019 suggest. Finding millions of children outside birth statistics further boosted suspicion that China’s officials are fudging the numbers to give a rosier picture of the situation. The UN’s annual total population prediction for China in 2019 was based on an assumption that the population would only begin to decline after 2030, but the weakening birth rate has caused many to question whether China’s population decline will begin sooner. China has not considered taking more migrants from elsewhere as a way to deal with its worsening dependency ratio.

China’s population policy seeks modest population growth and urbanisation, but both goals are hamstrung by strict policy measures. Even if procreation policies have been relaxed a bit in recent years, China’s leaders remain reluctant to make sweeping reforms. The one-child policy was modified after nearly four decades to a two-child policy only in 2016. Thereafter, the government strongly supported families that chose to have a second child. China’s birth rate ticked up slightly in 2016 and 2017, but ever since has again been on the decline. Many Chinese, who already see rearing children as an expensive enterprise, felt that the covid pandemic only further increased their economic uncertainty. The situation is particularly dire for migrant workers as the domicile of their children is defined by the hukou household registration system. Under hukou, the children of migrants may not attend schools in the cities where the parent work or take advantage of other public services that children of city residents enjoy. China has recently made it easier for migrant workers to register in small and mid-sized cities, but moving of one’s domicile to China’s largest metropolises is strictly limited. 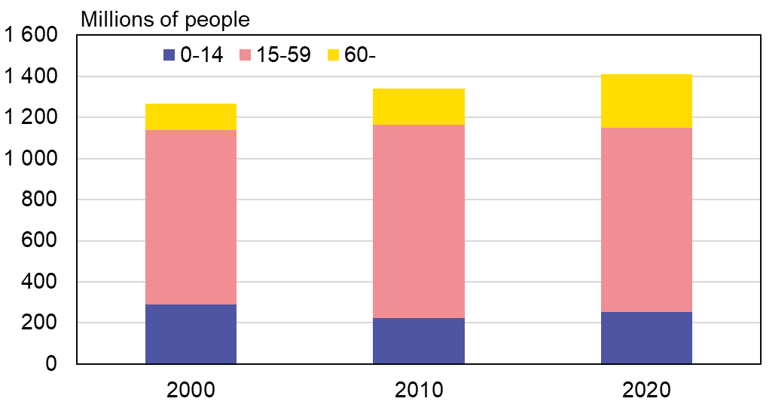