Most of China’s fiscal stimulus policy measures in dealing with the coronavirus pandemic have involved increasing financing of public projects through the issuance of “special purpose bonds.”

Government bonds yields have risen since spring. On Wednesday (July 22), the rate on a one-year treasury was 2.24 %, up one percentage point from end-April. Rates on corporate bonds have also increased, due in part to the flood of the large amount of government paper onto the market. Chinese government bonds are considered to be risk free by investors. 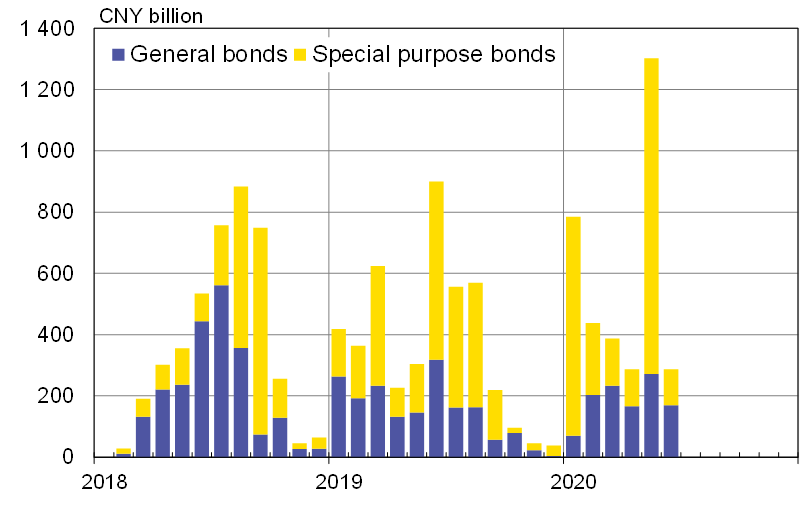