On Monday (Jun. 22), the EU and China held their annual summit via video. The EU’s tone has grown harsher with respect to China, even if the EU’s stance remains largely unchanged from its strategy outlook for China released last year (BOFIT Weekly 11/2019), i.e. China remains important partner for the EU in terms of trade, climate, technology and multilateral cooperation. The EU expressed the hope that China would take a larger role in resolving global issues, but also regretted that China is challenging the EU at the systemic level.

In their statements, representatives of the EU and China expressed their desires to sign a joint investment agreement sometime this year. In the meantime, the EU wants China to improve its practices on e.g. state subsidies, state-owned enterprises and forced technology transfers that hurt the competitiveness of EU companies in the Chinese market. The EU representatives also said that the EU and China would sign the Agreement on Geographical Indications in the coming weeks. The agreement guarantees name protection for certain agricultural products, foodstuffs and alcoholic beverages on the basis of their geographic origin. It is particularly beneficial for European products sold in China.

Other potential agreements discussed relate to the EU's efforts to improve the reciprocity and balance in the EU-China trade relationship. According to a recent EU report, EU companies as of end-2019 faced the most trade and investment barriers in China. The EU has sought to address these trade issues through the WTO and its own legislative projects. In other respects, the EU has remained on the sidelines in the trade and technology disputes between the United States and China.

EU representatives would like to see China play a more active role in multilateral cooperation, particularly in mitigating climate change, in promoting peace and security, and in the global recovery from the coronavirus pandemic. In addition, the EU raised the issue of human rights and democracy. The EU-China human rights dialogue traditionally organised in conjunction with the summit was postponed due to the pandemic.

The EU Chamber of Commerce in China and on-line media site Politico noted that the concrete results from the summit were rather slim. The European Chamber would have liked to see greater commitment from China on promoting market access. Many observers were baffled by the failure of the parties to issue a joint statement, as well as the inconsistencies among EU representatives on their goals in relations with China. 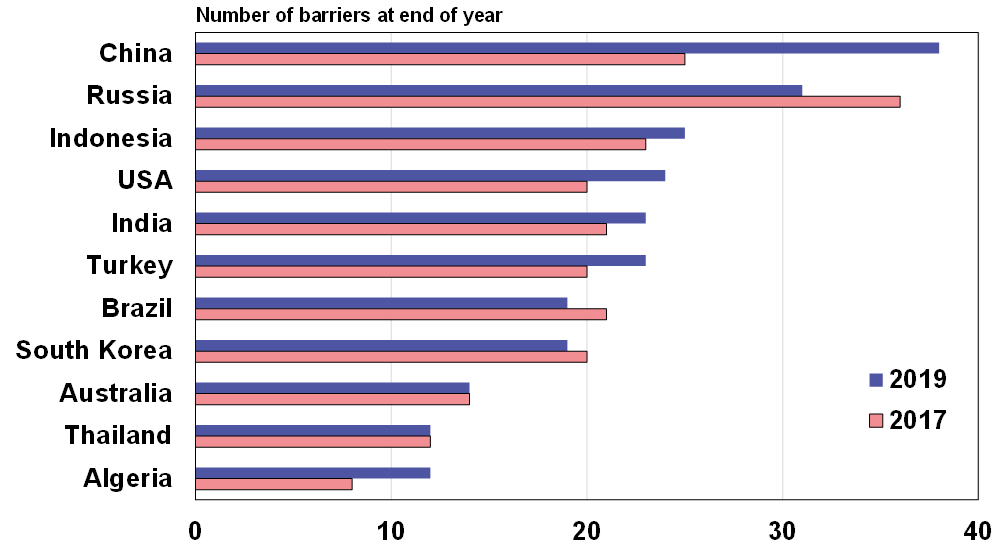