China's labour market was severely disrupted by restrictions of movement and layoffs caused by the COVID-19 pandemic. Yet, even as most of the economy stalled for a couple months, official surveyed unemployment increased only slightly from 5 % to 6 %. Informal estimates put the unemployment rate at around 20 %.

Besides being a politically sensitive issue, China’s official unemployment figures exclude three large worker groups of China’s total labour force of 810 million. The first excluded group, migrant workers, consists of 170 to 280 million people depending on the calculation method used. They and the second group, rural workers, are excluded as they are considered available for farm work as needed in their home districts. Finally, China’s roughly 150 million self-employed persons do not get counted when they have no work.

In the early stage of the corona pandemic, the employment picture deteriorated rapidly in all sectors of China. Today, unemployment in many service sectors remains weak, with the restaurant and tourism industries hit particularly hard as consumers remain cautious. UBS reports that in April roughly 50–60 million people in the service sector have either lost their jobs or are still unable to return to work. The corresponding combined figure for the affected in manufacturing and construction sectors was about 20 million. The employment prospects for export sectors appear weak as many countries have fallen into recession. Chinese exports employ directly or indirectly an estimated 112 million people.

China’s policymakers, who are clearly concerned about unemployment, have implemented a range of economic support measures aimed at preserving jobs or improving employment prospects. The fear among China’s leaders is that higher unemployment could lead to social unrest. 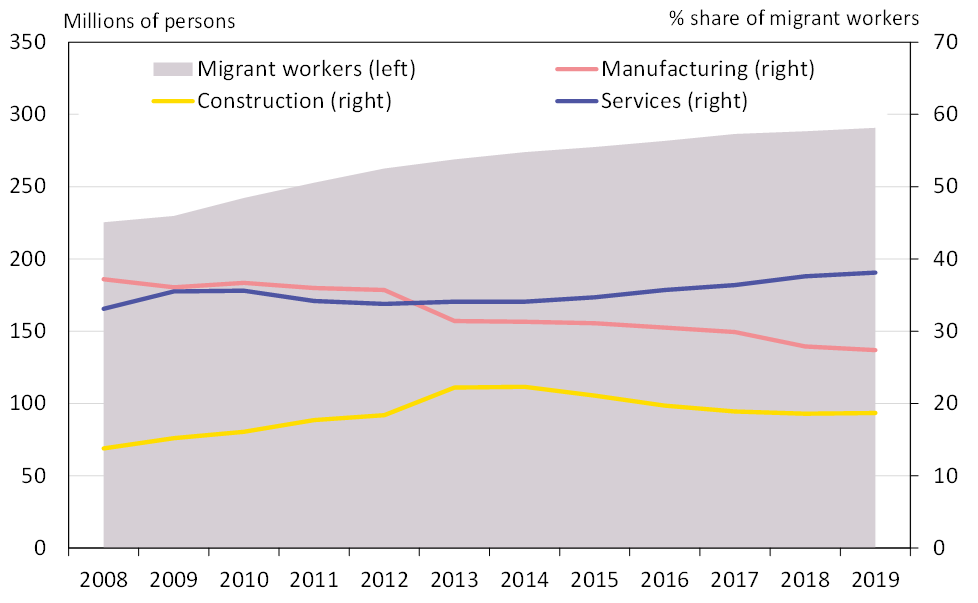