The NBS reports that real per capita household income fell by 4 % y-o-y in the first quarter. NBS figures also show that real income last slumped in 1989. The decline was about the same for rural and urban areas. The average per capita monthly income in urban areas averaged 3,900 yuan (510 euros) and 1,550 yuan (200 euros) in rural areas.

Unemployment has increased. While official survey based figures indicate that the unemployment rate has risen from 5 % to 6 %, the data coverage is spotty at best. Unemployment is estimated to be much more commonplace. Small and medium-sized firms, which have been hit hard by the crisis, collectively account for most of the country’s employment. Media reports suggest that roughly a half million companies (about 1 % of all companies) ceased to operate in the first quarter and that many companies operates below capacity. The Chinese Zhongtai Securities last week estimated that 70 million people had lost their jobs and that the true unemployment rate is likely around 20 %. Estimates in the same ball park have been presented by other observers as well.

As increasing prosperity of individuals has long been a cornerstone of Communist Party rule, the decline in real incomes and rising unemployment are particularly sensitive issues. China lacks a robust social safety net (e.g. unemployment insurance), and protections are often non-existent in the case of migrant workers. In April, the Party established up a new high-level task force to uphold social stability and safeguard the Party's position. 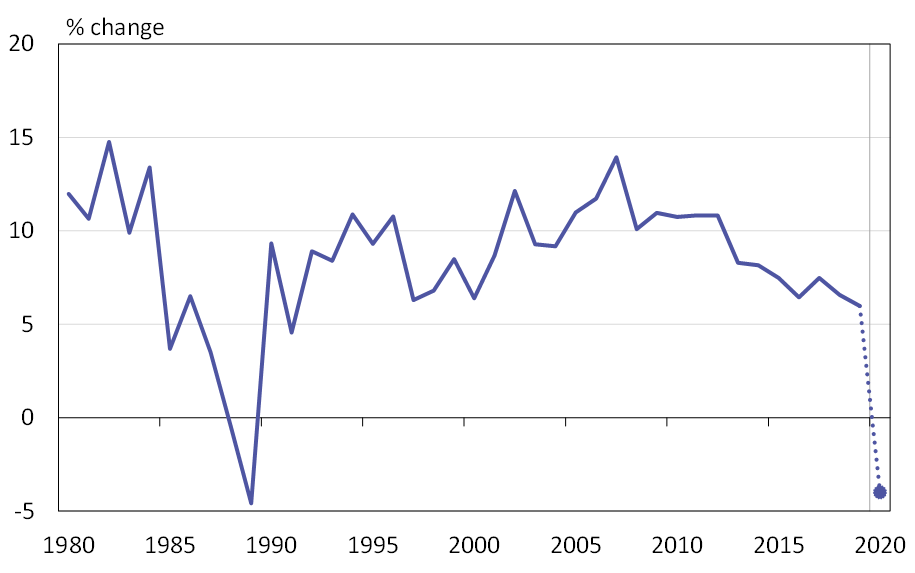