Rosstat reports that Russia’s industrial output climbed by 1.5 % y-o-y in the first three months of this year. While growth was strong in January and February, in the latter part of March industrial output suffered as the impacts from the coronavirus pandemic began to be felt. Retail sales grew briskly throughout March (up 5.6 % y-o-y). Some of the increase in retail sales reflected hoarding of certain products by households before the corona shutdown entered into force in late March. Retail sales were up 4.3 % for the entire first quarter, indicating that private consumption was quite strong prior to the epidemic. However, real disposable household income decreased by 0.2 % y-o-y in the first quarter, which suggests that the increase in consumption is unsustainable.

The lockdown measures imposed in April to deal with the corona outbreak and the general reticence of households to spend have sharply reduced economic activity in Russia. The Central Bank of Russia, which monitors the payments system, notes that payment activity in April was about 20 % below normal. The April readings of purchasing manager indices for manufacturing and services revealed plummeting production and a poor outlook for the future. The Composite Output Index, an indicator of total economic output, plunged to just 13.9, suggesting that an overwhelming majority of companies slashed their production after March. New orders decreased in all sectors, and the demand forecasts for coming months were quite bleak. 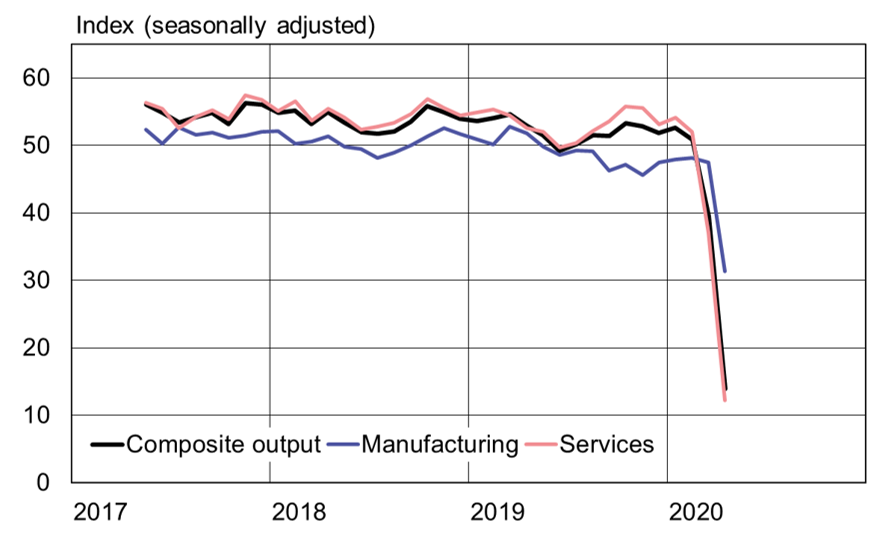