In yuan terms, China’s foreign trade rose slightly in January-June, with the value of imports up 1 % and exports 6 %. 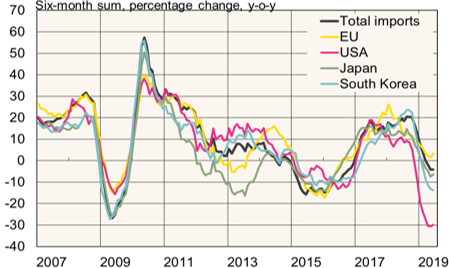