Consumer prices on average were up 2.1 % y-o-y in 2018, which meant that China’s leadership achieved inflation below last year’s target ceiling of 3 %. 12-month inflation was 1.9 % in December.

Core inflation, with excludes food and energy, was 1.8 % in December and 1.9 % for all of 2018. Prices of food, which has a 32 % weighting in the consumer basket of items used to calculate China’ consumer price index, showed little variation last year. 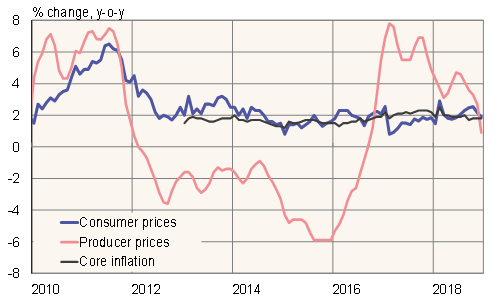