Preliminary balance-of-payments figures for the fourth quarter of 2018 show Russian revenues from exports of goods & services were up nearly 20 % y-o-y even if the growth was no longer as fast as in the previous quarter. For the entire year, export earnings were up by over 20 % as revenues from energy exports ballooned by over 30 % on strong export prices.

The net capital outflow from the private sector increased substantially in 2018. The flow of direct investments from abroad into the Russian corporate sector (excl. banks) dried up almost entirely, while FDI outflows from Russia remained rather notable. Similar to 2017, banks’ capital outflow abroad mostly arose from decreases in their foreign liabilities. 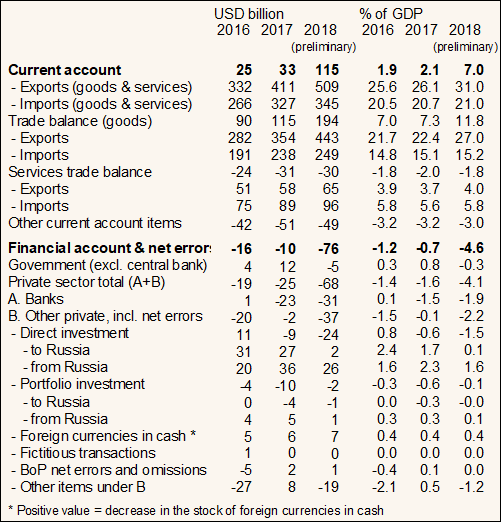