The value of goods exports (measured in dollars) was up by 27 % in the first half of this year compared to 1H17. On-year growth was 23 % in the first quarter and 30 % in the second quarter.

Mineral fuels accounted for 64 % of goods exports in the first six months of this year. The volume of oil exports was down slightly, while the volume of gas exports rose. Although the volume of fuel exports overall rose only about 3 %, higher prices meant their value was up by 24 % y‑o-y in the first quarter and 37 % in the second quarter. Metals and metal products accounted for 11 % of goods exports and their value in 1H18 increased by 32 % y-o-y. The increase reflected higher prices and a 15 % increase in export volumes.

There was little change in the structure of imports. Machinery, equipment & transport vehicles accounted for 48 % of imports in the first half. Imports in this category slowed significantly (in dollars, growth was 24 % in the first quarter, and 6 % in the second quarter). Growth of imports of chemical products (18 % of total goods imports) remained fairly good in the second quarter. Spending on food and raw material imports (12 % of total goods imports) rose slightly.

Both revenues from goods exports and spending on goods imports was still down by about one fifth from 2014 levels. 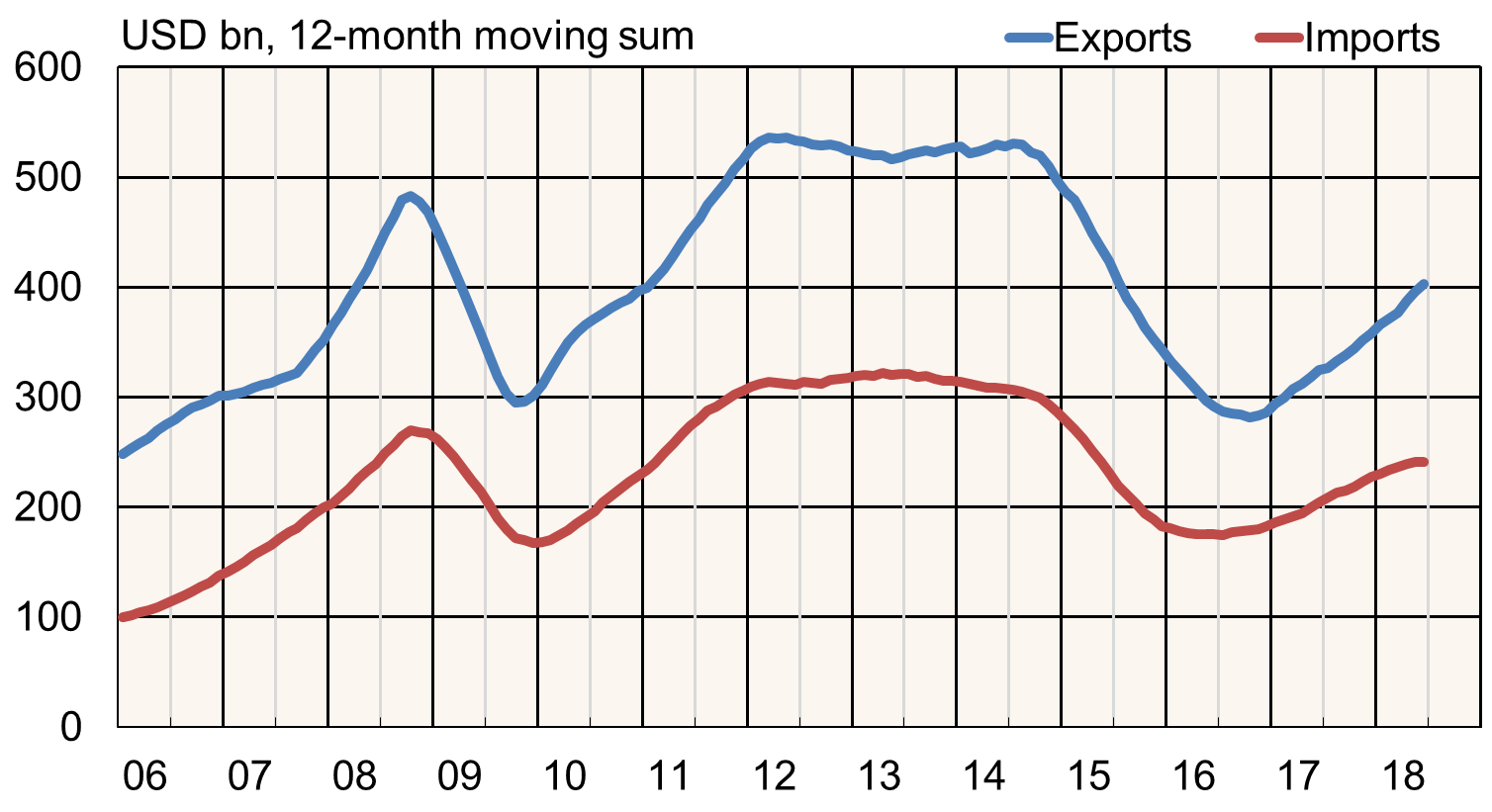