Retail sales, which began to recover last year, continued to improve in the first half of this year in nearly every federal district (up 2−4 % y-o-y). As a consequence of recession declines, however, the volume of retail sales in almost all federal districts has yet to reach pre-recession levels. For example, retail sales volumes were still 10 % below the 2014 level in the Central Federal District and 5 % down in the Northwest Federal District. 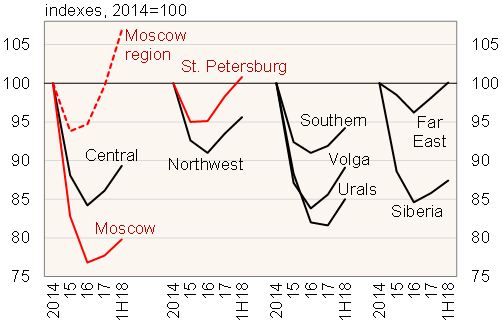