China's foreign exchange reserves started to increase again last year. The balance-of-payments figures show the rise in currency reserves was USD 92 billion. In the national accounts, currency reserves last year were up USD 138 billion indicating that a third of the value increase in reserves came from exchange rates and other valuation changes. The value of currency reserves in January (incl. gold, SDRs and IMF reserve funds) rose by USD 25 billion to USD 3.261 trillion. 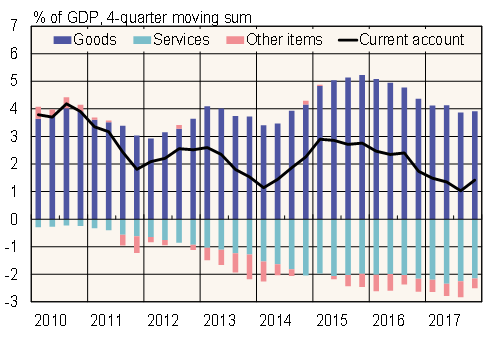