Wage data for 2016 published by China's National Bureau of Statistics show that average wages in urban areas (including bonuses and other compensation) in non-private sector (government organisations and state-owned enterprises) rose by nearly 7 % y-o-y in real terms to 5,630 yuan (770 euros) a month. Almost half of those working in urban areas were employed by the non-private sector. 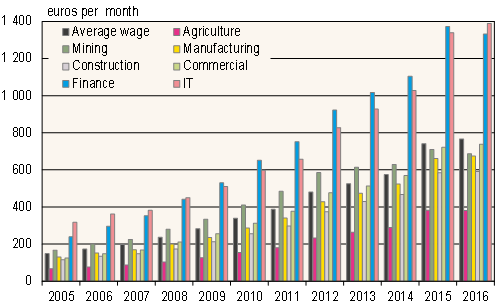