October 28, the Central Bank of Russia decided to keep its key rate at 7.5 %. Most analysts expected the decision as the CBR had signalled in September that it was near the end of the current rate-cutting cycle. The CBR dropped the key rate five times between April and September by a total of 12,5 percentage points.

On-year inflation in Russia is still high. Even with a slower rise in prices than in previous month, consumer prices were up by 13 % y-o-y in October. Food prices were up by 12 %, non-food goods by 13 % and services by 11 %. The product categories that saw the largest increases were detergents and cleaning agents (up 32 %), sugar (31 %), insurance (30 %), butter (22 %) and grain products (21 %). The inflation expectations of firms and households are high and have grown slightly since summer.

The CBR decided to leave its key rate unchanged in October 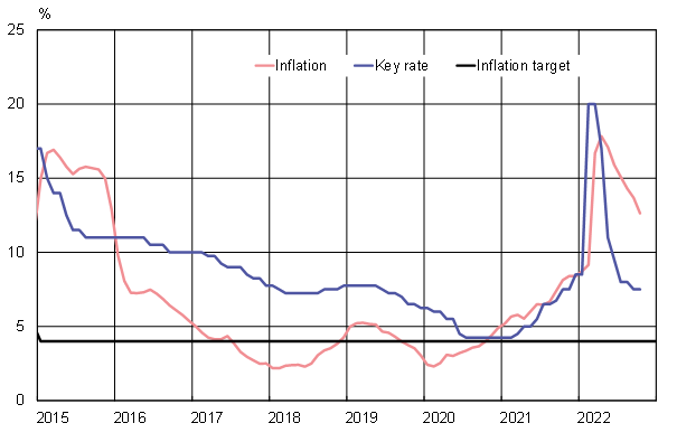