Consumer-driven branches continued to perform poorly. The volume of retail sales in August was still down by 9 % y-o-y. Although inflation has slowed in recent months, consumer prices still rose by 14 % y-o-y in August. The rapid rise in prices has eroded consumer purchasing power, and the average real wage in July shrank by 3 % y-o-y. The labour market situation remained stable. The number of persons employed in August was about the same as in August 2021, and the official unemployment rate remained at a historically low level of around 4 %.

Industrial trends were weakest in branches most affected by sanctions or otherwise dependent on imports and foreign firms. For example, the EU ban on imports of Russian timber and wood products entered into force in July. The wood industry experienced a roughly 20 % y-o-y drop in July and August. Passenger car production, which is highly dependent on imported components and international firms, remained in the doldrums in August with production down by 70 % y-o-y. 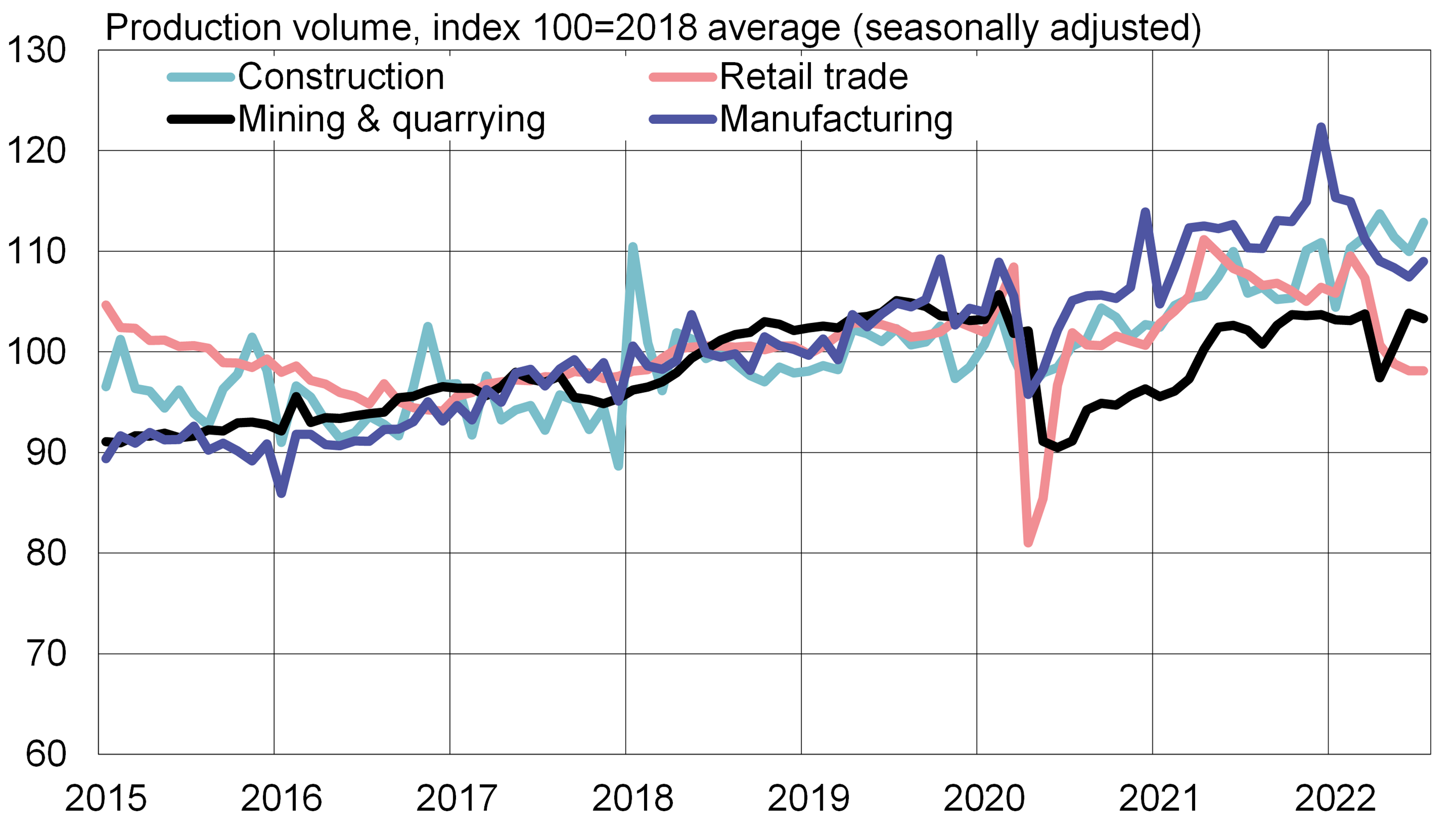