On September 16, the Central Bank of Russia lowered its key rate by 50 basis points to 7.5 %. It was the fifth consecutive rate cut since the early April peak, and overall represents a drop of 12.5 percentage points. The CBR said that it now sees less space for further rate cuts, which analysts interpreted as a signal that the rate-cutting cycle is coming to its end.

On-year inflation remains high in Russia. August consumer prices were up by 14 % y-o-y despite a slowdown in the month-to-month rise in prices. Prices for food and non-food goods climbed by 16 % y-o-y, while prices for services were up by 10 %. In individual product categories, the biggest price rises were seen for sugar (45 %), detergents and cleaning agents (33 %), grain products (30 %), pasta (25 %) and butter (24 %). 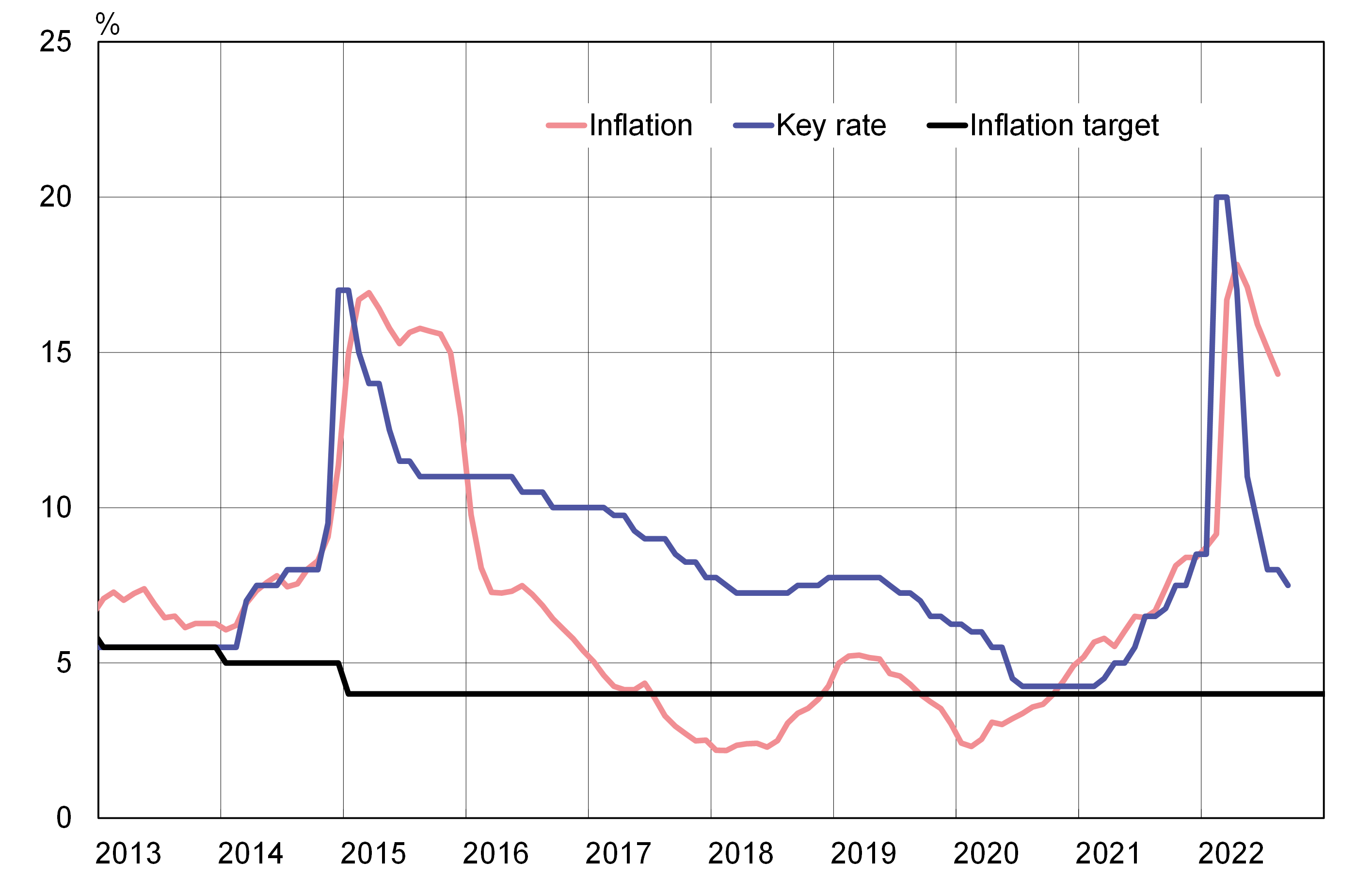