The People’s Bank of China reports that its yuan-based Cross-border International Payment System (CIPS) handled nearly 15,000 payments a day in the fourth quarter of 2021. The system processes on average transactions worth 343 billion yuan each business day. The number of payment transfers grew by about 30 % y-o-y, while their cumulative value was up by around 50 %. The pace of growth in both volume and value matched that of 2020. While very little information about CIPS transactions is published, it is known that growth has been partly fuelled by the relaxing of capital controls between Hong Kong and mainland China through such arrangements as the Stock Connect and Bond Connect programmes between exchanges.

The Society for Worldwide Interbank Financial Telecommunication (SWIFT) reports that the yuan was the world’s fifth-most-used payment currency as of end-February, accounting for over 2 % of all international payment traffic. That share surpassed 3 % in January. CIPS and SWIFT are fundamentally different systems. CIPS is built for transferring money, while SWIFT transmits payment information, and does not perform clearing or settlement functions. In reality, CIPS and SWIFT are mutually supporting. CIPS relies heavily on SWIFT for transmission of payment information. For example, all participating Russian banks are indirect participants in CIPS and must transmit their payments information via SWIFT. 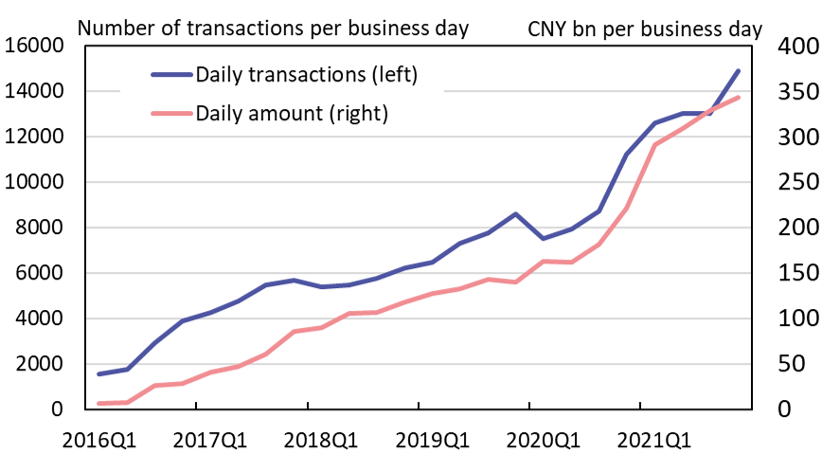