The National Bureau of Statistics reports that the number of people living in mainland China at the end of 2021 was about 1,423,600,000 people. Last year’s 10.6 million births and 10.1 million deaths translate to a net population increase of only 480,000 people. The on-year population increase (0.03 %) was the lowest since 1960­–61, when population decreased due to the Great Famine. China’s demographic structure is changing rapidly. The birth rate continues to fall, the population is aging, and the working-age cohort shrinks every year. China’s decreasing labour force makes it increasingly difficult for the country to maintain high economic growth.

Despite official efforts to incentivise people to have children, China’s birth rate has continued to slow in recent years. The one-child policy was replaced with a two-child policy in 2016. Last year, the permitted number of children per family was increased to three. The relaxation of rules on family size seems to be having little impact. Not only is raising children seen as a costly endeavour, finding balance between working life and family life is challenging and the covid pandemic has exacerbated uncertainty about the future.

China’s latest five-year plan, announced last year, calls for reforms to improve the working lives of pregnant women and women with young children. Chinese law guarantees 98 days of paid maternity leave, but recently a number of provinces have extended this period. For example, the length of maternity leave is now 190 days in Henan and Hainan provinces, and 158 days in Sichuan and Guizhou provinces as well as Beijing. In some provinces, the length of maternity leave increases with each child. Many provinces also grant 5–15 days of extra leave to parents with a child or children under the age of three. In addition to the additional parent leave, some provincial governments have also resorted to direct monetary incentives. In the Jilin province, married couples planning to have children are eligible for loans of up to 200,000 yuan ($31,400), as well as interest cost reductions as the number of children increases. In some cities, families with more than one child are eligible for direct housing assistance or the possibility of larger housing loans with favourable conditions.

Expensive day care services and lack of access to day care – especially for very young children – are among the biggest obstacles to increasing the birth rate. At present, families rely on the grandparents to provide much of the day care for small children. The government, which would like to see older people extend their working lives, wants to gradually raise the retirement age to offset some of the contraction in the size of the labour force. Thus, the need for affordable day care services continues to increase. 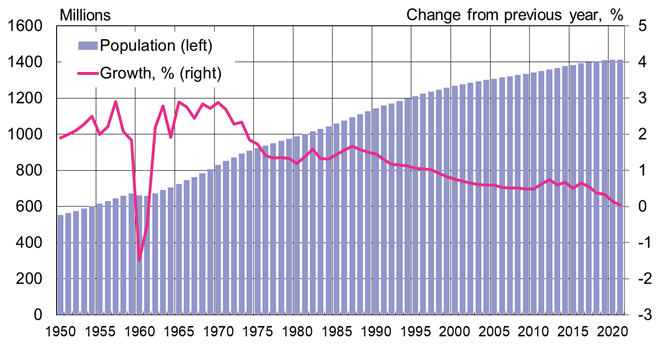