China has designated industrial robots as a strategic branch of industry and it has been heavily subsidising both production and R&D efforts e.g. under the Made in China 2025 industrial development plan. Even so, domestic robot models accounted for just 30 % of the Chinese market in 2019. Japanese robot makers, in particular, have achieved a strong position in the Chinese robot market. Japan is the world’s largest exporter of industrial robots and China is its largest export market. Japanese robot manufacturers, as well as robot manufacturers from other countries, have extensive production in China. However, many critical robot parts are still built outside China.

Rapidly risen labour costs have added to the push for automation of production in China. Moreover, fields like electronics that already rely heavily on robots for e.g. microchip production, have only increased their robot intensity. While installation of new robots in China’s car industry has tapered off in recent years, their sheer numbers are still impressive.

Most new industrial robots are installed in Asia 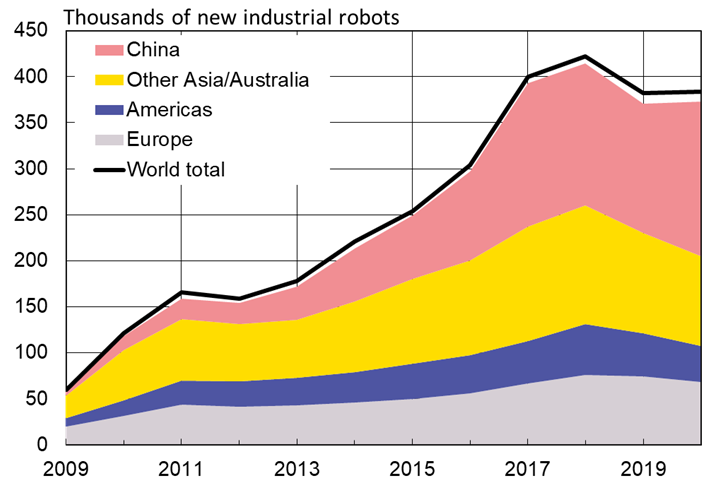