Import prices have risen mostly due to the spike in commodity prices of recent months. Unit prices of imported goods in May-August were up by an average of 17 % y-o-y. Much of the increase in the value of imports reflected higher prices; import volumes were up in January-August only by 13 % y-o-y. Commodity import volumes continued to shrink. The volume of copper imports in the first nine months of the year were about 20 % lower than in the same period a year earlier. Imports of oil and coal fell by 7 %, and metal imports were off by 3 %. The trend in export prices has been considerably more modest. The y-o-y rise in the average unit price in May-August was less than 2.5 %. The volume of exports in the first eight months of the year was up by about 33 % y-o-y. 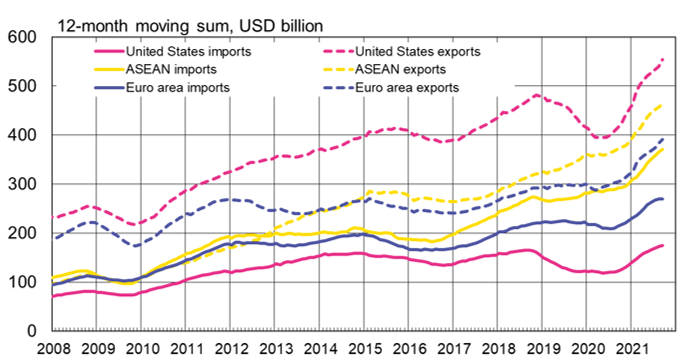