Preliminary balance-of-payments figures from the Central Bank of Russia show that the value of Russia’s exports of goods and services in the third quarter hit $148 billion, a 65 % y-o-y increase. Export earnings were close to the peak years of 2011–2013, when crude oil prices soared to historical highs, averaging $110 a barrel. In July-September, in contrast, the average oil price was just $70 a barrel. Exports of goods other than oil & gas indeed had a substantial contribution to total export growth. The value of these exports broke an all-time record in the third quarter supported by the buoying demand and rapidly rising prices of several raw materials in the global markets.

In the third quarter, the value of Russian goods and services imports was $96 billion, an increase of 30 % y-o-y. The rise in imports slowed sharply from previous months, while imports exceeded pre-covid levels. Goods imports have driven the recovery in imports. Services imports have only slightly recovered since the Covid Recession. 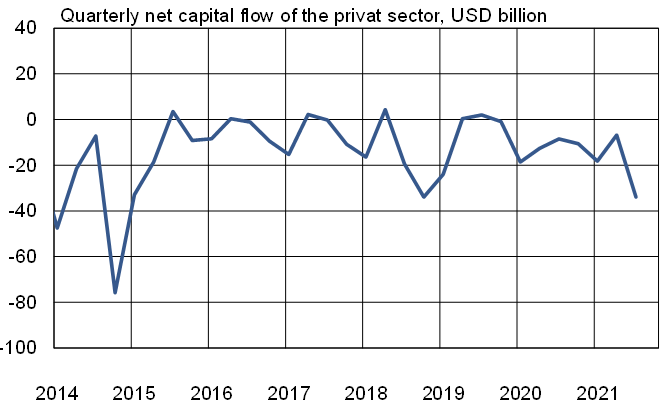