In his address to the International Fair for Trade in Services, president Xi Jinping revealed plans to open a new stock exchange in Beijing. Soon after the announcement, the China Securities Regulatory Commission (CSRC) issued a press release (in Chinese). The new stock exchange is intended to help small, innovative firms with growth potential that otherwise have limited access to financing. No timetable on the stock exchange’s launch has been released.

The starting foundation of the new Beijing stock exchange is China’s national over-the-counter stock exchange (National Equities Exchange and Quotations, NEEQ). NEEQ was founded in 2013 with a view to improving access to market financing for small and medium-sized enterprises. NEEQ’s shareholders are several Chinese stock and commodities exchanges, including Shanghai and Shenzhen stock exchanges. As of August, the NEEQ list contained about 7,300 firms, an impressive number compared to the Shanghai, Shenzhen and Hong Kong stock exchanges. However, the listed firms are considerably smaller, having a combined market capitalisation of just $360 billion (e.g. the market cap of the Shanghai bourse is nearly 20 times larger). Only professional investors can buy and sell shares of NEEQ-listed firms. 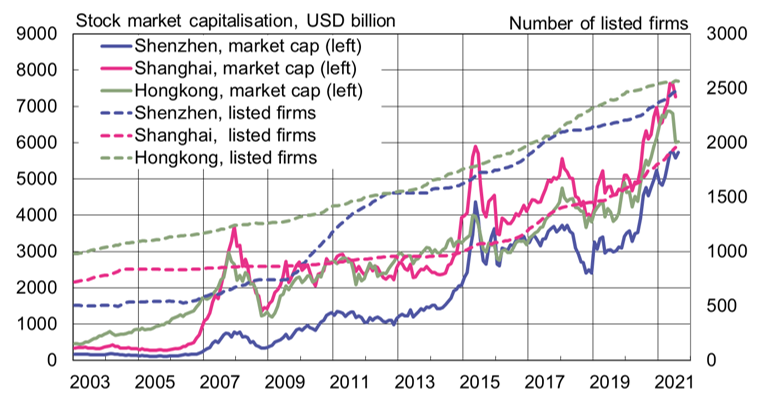