At the end of May, Statistics Finland released experimental value-added foreign trade indicators for 2019. In that year, the value of exports from Finland to China was €5.3 billion, of which €3.4 billion was domestically generated value added. The domestic content of Finnish goods exports to China was 64 %, a couple percentage points higher than Finnish exports generally. Measured in terms of value added, China, with an almost 6 % share, was Finland’s fourth most important trading partner after Sweden, Germany and the United States. Statistics Finland noted that China’s share of domestic value added in exports overall was slightly higher than its share of gross exports of goods and services. 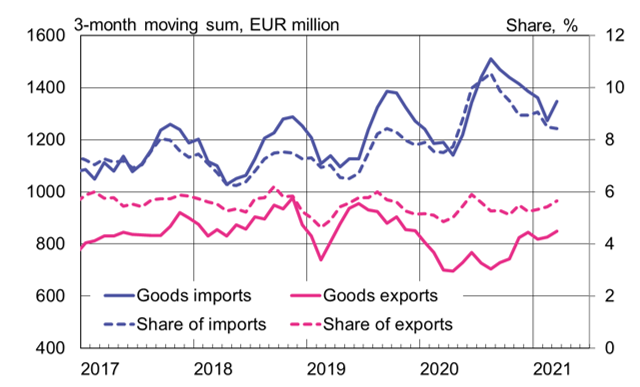