The latest figures from the Stockholm International Peace Research Institute (SIPRI) show that the military spending of governments around the world continued to rise last year. Real global military expenditure rose by 2.6 % y-o-y and was up by about 9 % from a decade ago. In real terms, Russian military spending grew by 2.5 % and China’s spending by 1.9 %.

SIPRI estimates that Russia’s 2020 defence spending amounted to USD 62 billion, or 4.3 % of GDP in 2020. Russia’s military spending grew briskly up to 2016, but thereafter growth has been more modest. Russian military spending is more than double that of China in relative terms (both per GDP and population). 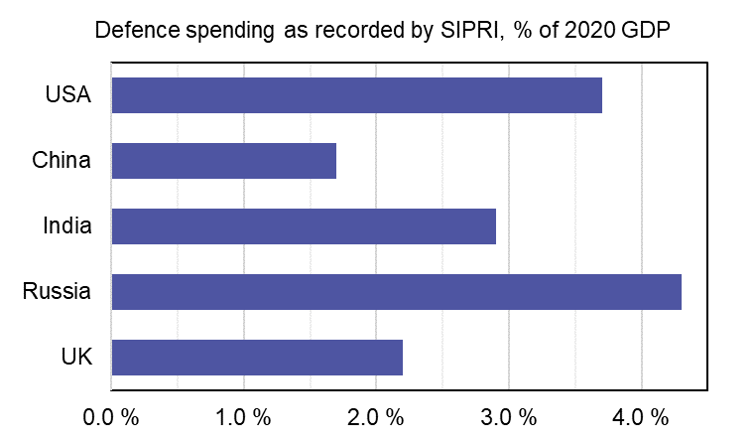