China Customs reports strong goods exports in September, with the value of exports measured in US dollars rising by 10 % y-o-y and matching the pace of growth in August. For the first nine months of this year, however, the value of exports was still about 1 % less than during the same period last year.

The dollar-value of goods imports, which was still contracting in August, grew by 14 % y-o-y in September. While some of this rapid reversal merely reflects the relatively low comparison basis, domestic demand also appears to be reviving. The value of goods imports in the first nine months of this year was down by 3 % y-o-y from the same period in 2019.

The value of imports in September also grew for most of China’s major import providers: Taiwan (up 36 % y-o-y), Japan (up 13 %), South Korea (up 17 %) and the United States (up 25 %). The notable exception was Australia, which has seen its trade with China decline –partly for political reasons. Among other things, China has imposed anti-dumping and anti-subsidy tariffs on Australian barley and banned imports of Australian beef from certain meat-processing facilities. Media reports indicate that China this month reimposed its ban on importing Australian coal by state-owned enterprises. 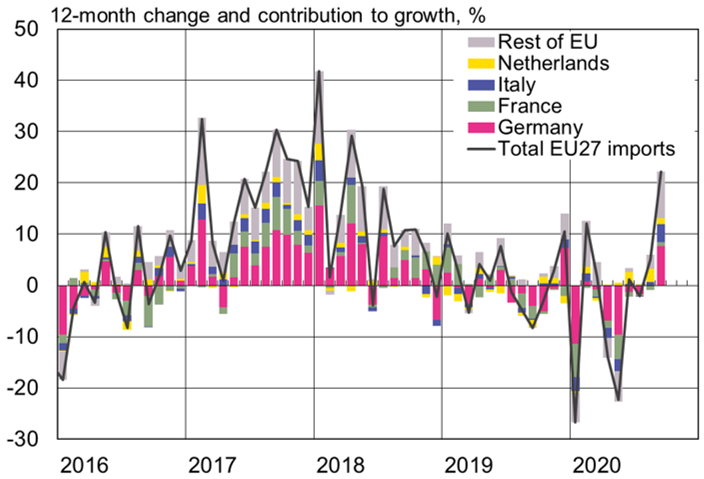