Aggregate financing to the real economy (AFRE), the broadest measure of domestic debt used by the People’s Bank of China, stood at 280 % of GDP as of end-September. This broad debt-to-GDP ratio has risen by 26 percentage points this year. AFRE includes traditional bank lending, shadow banking sector financing instruments, as well as funds raised from issues of bonds and equities.

The stock of domestic bank lending increased by 13 % y-o-y, rising to 170 % of GDP. The stock of corporate lending grew by nearly 13 % y-o-y, while the stock of household loans rose by nearly 14 %. Relative to last year, growth of the corporate credit stock has accelerated while growth in household credit has slowed. Debt financing of corporations, as well central and local governments, has grown at a roughly 20 % p.a. rate. 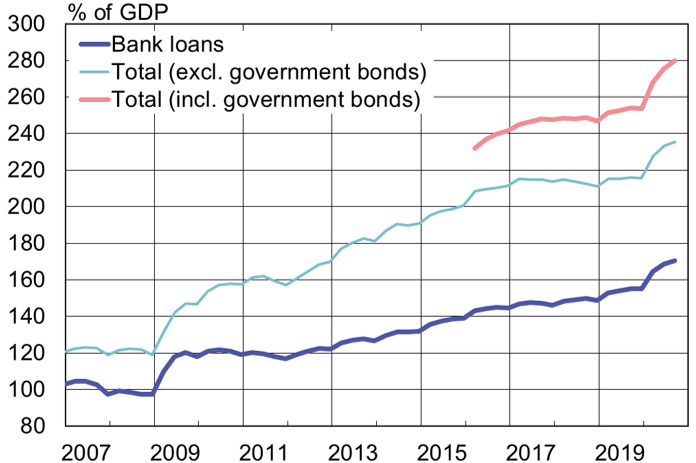