This summer saw the United States impose a number of measures on China that provoked China to respond with its own measures. US-China relations have long been tense, but the US presidential election has caused the bad situation to unravel further.

The severest economic measures imposed the US were directed at the technology sector. In early August, the Trump administration expanded its Clean Network initiative, which is designed to exclude China from most technological ecosystems for security reasons. The focus remains on telecom giant Huawei, which the US government has accused, among other things, of stealing proprietary technologies and endangering national security. Deliveries of American-made microchips to Huawei have been significantly limited, putting the firm in a tough position. Indeed, Chinese companies generally remain heavily dependent on the US semiconductor industry. In addition, the US has threatened to ban Chinese apps such as Tik Tok and WeChat over data security concerns.

The US has targeted China with a number of diplomatic and political measures. Diplomatic relations have been strained, e.g. by the closing of the Chinese consulate in Houston, as well as the classification of Chinese media and actors as a “foreign mission”. The US has imposed sanctions on officials in Xinjiang and Hong Kong, and revoked Hong Kong’s special status. China responded to these measures by shutting down the US consulate in Chengdu and announcing further countersanctions.

Trade relations continue outside these disputed areas, however, even if China has failed to meet its obligations to purchase US goods under phase 1 of the current US-China trade agreement. Import levels are well below those called for under the agreement, and it seems impossible that China could meet its commitments under the arrangement. Trump personally declared an end to talks with China and no future talks are scheduled. The intermediate review of phase 1 has been delayed from this month.

No matter what the outcome of the US presidential election in November, tensions are unlikely to ease. China’s rise as an economic and technological superpower, as well as its ever-increasing prominence in geopolitics, are likely to sustain tensions over the long term. 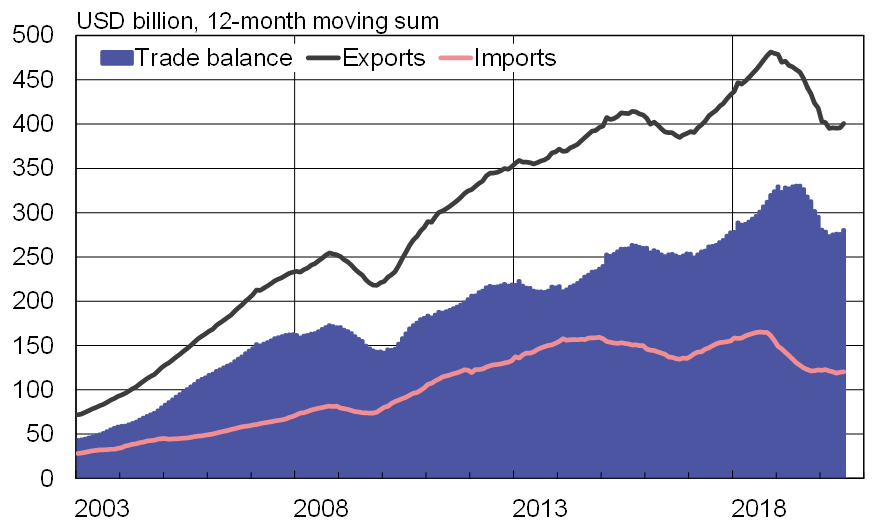